Somewhere in Riyadh, Saudi Arabia... Michelle Obama inadvertently lets her boob slip out. And by "boob", I mean her husband, Barack. 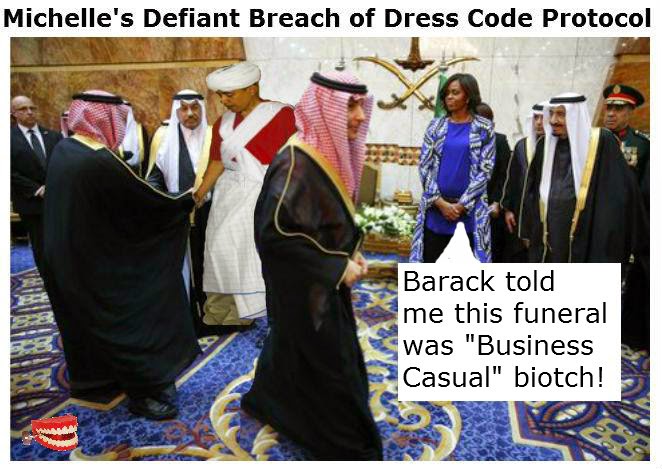 What do you think, "Wardrobe malfunction"? 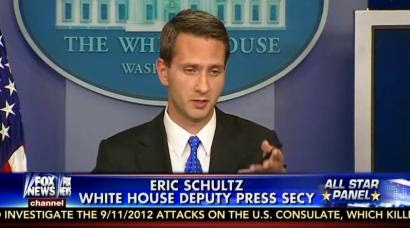 “The Taliban is an armed insurgency,” not a terrorist group.

Later, the reclusive yet handsome conservative blogger known only as "DaBlade" from Chattering Teeth caught up with the Spokes Idiot for follow up questions.

DABLADE: So the administration refuses to call the Taliban "terrorists", correct?
SCHULTZ: I believe the correct pronunciation for these freedom fighters is "Toly-Bahn". 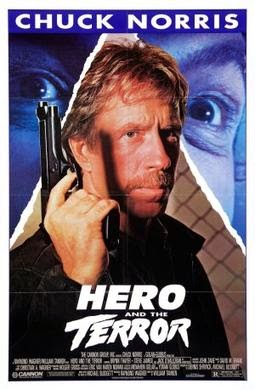 DABLADE: OK. How about this... The 1988 movie titled Hero and the Terror starring Chuck Norris, is about an LA cop who hunts down an escaped serial killer nicknamed "The Terror" due to his propensity for snapping women's necks and taking their corpses to his lair in an abandoned movie theater. Would you describe this psycho serial killer as "The Terror" or "serial insurgent"?
SCHULTZ: Why was the movie theater abandoned? Was Selma playing instead of American Sniper?
CHARLES KRAUTHAMMER: Look, you can't parody this administration
DABLADE: Thanks Charles. Doesn't mean I'll stop trying.
Posted by DaBlade at 7:49 AM