President obama keeps his word by politicizing the the latest shooting tragedy on his watch. His busy schedule for the day involves roughly an hour or two actually spent in Roseburg, Oregon - then about 10 hours of fun and frivolity at DNC fundraisers in Seattle and San Fransisco. 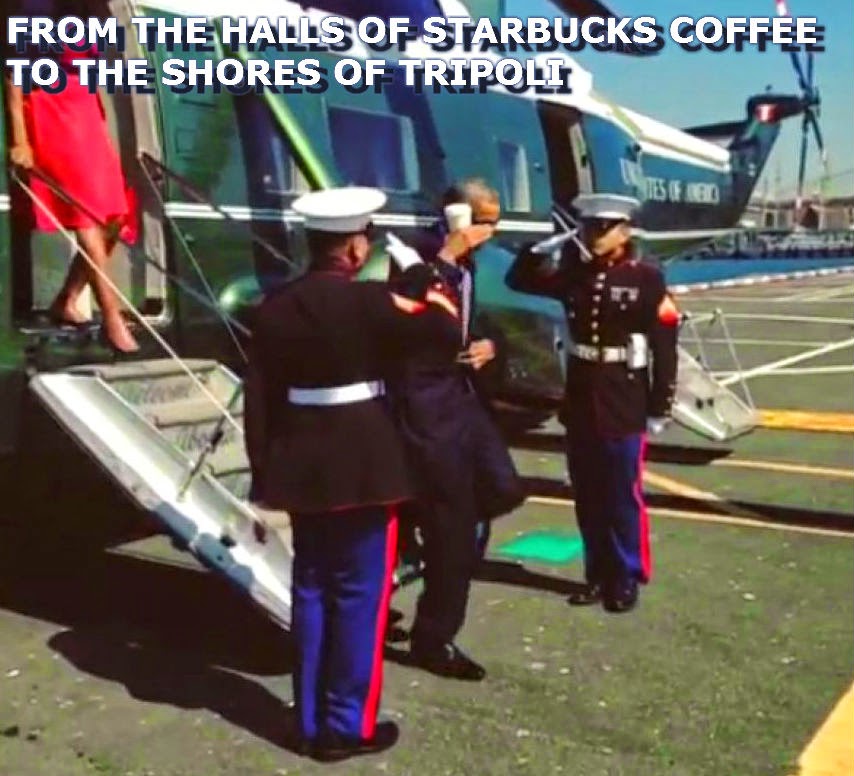 ... to Marines as he returns with his Pumpkin Spice Latte Venti (a small cup for the little man who has no respect for the Constitution)

12:40 pm - To meet with some of those Christian bitter-clingers up in there at Umpqua Community College. There is expected to be a huge turnout of armed protesters. Lead by example with my anti-2nd Amendment rhetorical flourish by first disarming ALL OF MY SECURITY AND SECRET SERVICE personnel... HAHA! Ya, right.


12:41 pm - Grandstand political speech about guns - throw in some bogus statistics for consumption by my State-controlled media. Ad lib something about climate change.

12:42 pm - Arrange for immediate IRS targeting of anyone who dares turn their back on me during my visit, as they have threatened to do.

12:44 pm - Mount Nebo is a 1,119 ft mountain peak near Roseburg, Oregon, making it the 56302nd highest mountain in the United States. Re-name this mountain as "Mount Denude" in reference to upcoming executive gun grabbing orders.

Note to protesters. I once sat through an entire live auction of very expensive items because I was afraid that if I flinched, this action could be misinterpreted as a bid for something I couldn't afford and didn't want. I am all for a peaceful show of displeasure against this president. However, if your nose itches, wait for obama to leave before scratching. Just sayin'.
Posted by DaBlade at 8:13 AM