I 'slept in' for about an extra hour today, finally rolling out of bed around 6:30AM. My bladder is a very effective alarm clock, and once up, my brain rarely allows me to hit the 'snooze' button.

Every morning, the early routine is the same. I get the coffee started and step outside with Zeke. I've already told you about Zeke's Fetch Fetish. He is so fixated on that orange rubber ball that he waits until I throw it before he chases it into the yard in order to take his morning whiz. It's too dark for him to catch the ball, but this doesn't stop him from tracking it by sound.

For the last few weeks, the pre-dawn Eastern sky has been conspicuously flaunting three planets visible to the naked eye. While Zeke has not been impressed, it inspired me to write this Haiku that you are now blessed that I am sharing. Please have a box of Kleenex handy, as reading this may well evoke spontaneous emotional waterworks. 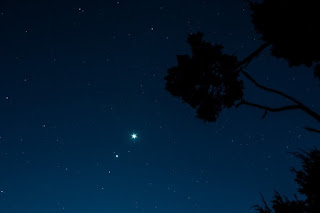 Don't worry, you haven't missed this celestial conjunction. Per Space Weather, "The next five mornings will be equally wonderful. From Oct. 25th to Oct. 29th Venus, Jupiter and Mars will fit together inside a circle only 5 degrees wide."

Just don't expect it to inspire you to write a Haiku of equal freestyle flourish as moi'. While I would have preferred my natural talent be in ice hockey, I will just have to accept the mantle of my prodigyship for word thingys.

Which reminds me. While looking at the planets this morning, I also had the inspiration for my first novel. I will now share the outline I have so far, as long as you promise not to steal my idea.  I call it...

PLOT SUMMARY:   It's about an astronaut named Mary Watney who ends up getting stranded on Venus because her fellow female astronauts excitedly left without her after receiving a text regarding a sale on gravity boots back home. Not to worry, for Mary is a highly trained and skilled botanist. Spending weeks using astronaut poop to make usable Venusian soil, Mary is more than hopeful her crop of Roses will bloom just fine. "OMG! Those flowers will certainly cheer up this gloomy habitat," Mary says out loud to her combo diary entry recorder and makeup mirror. As for chosing a crop of roses versus, say, potatoes, the onboard computer tells her she could stand to lose a few pounds. The Venusian Diet is born!

There will be action scenes galore in my book, as the reader will feel like they are part of the action as Astronaut Mary cuts up the other gal's spacesuits to make curtains. When the water supply reaches critical levels, Mary is forced to only wash her hair every other day. I don't want to give too much away at this point, but take heart in the fact that her female crew mates return for her rescue. It was inadvertent, as they took a wrong turn at the Kuiper belt because they thought it clashed with the Hermes silvery shell. In any case, the reunion and rescue is tear-filled, as Mary's fellow Astronauts jealously gape at how her spacesuit hangs on her now gaunt frame.

This could be big. Who knows, maybe even a movie deal? 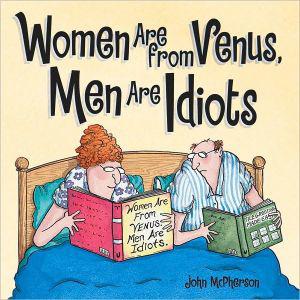