zero-sum passion, and how to properly display the flag

When you watch the following video,

Who do you most identify with?


A) The marine and soldier who "serve their f-ing country" and take back the flag from protesters for disrespecting it.
B) The two protesters on the moped with the upside-down flag, celebrating one of those amendment thingys.
C) The seemingly homeless dude who appears to be panhandling on the side of the road and who mumbles something to the marine soldiers.
D) Any one of the honking drivers who just want them to get out of the way so they can get to the liquor store.
E) Need more info to answer.

I contend the answer is 'E'. I need more information before making an informed selection.

"C'mon 'Blade! The obvious answer is 'A', the marine and soldier who protected the honor of the flag. I thought you were patriotic?"

I am patriotic, just to the country as it was founded. And I have nothing but love and admiration for our service men and women risking everything to protect what's left of our freedoms (just not the pseudo-service folks planning jihad). I just don't salute the 'new' flag and what it stands for these days. I will always salute and honor the Old Glory from the history books. You know, the flag obama refused to salute before Mooshell and him actually loved their country? 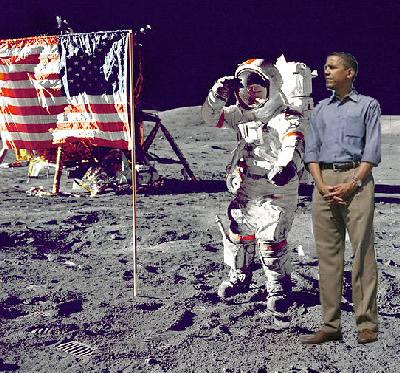 and now for Sports...

I will not be watching the NCAA Final Four Men's Basketball tournament games this weekend. I'm not bragging, just stating a fact. I have only watched parts of two games total in this tournament out of a mild interest in the 'home' teams, Michigan and Michigan State, and they were both losses. That's OK. I'm not bitter and it didn't ruin my day or ruin my non-existing bracket.

I used to care about March Madness. I used to be totally invested. I would have several variety of pools going simultaneously. I watched every game, including matchups of teams I had never heard of... like Gonzogobeans vs Beaver Lick State. I had a war room of brackets affixed to the wall with push pins, inter-connected by various colored crossing strings and yarns signifying outcome scenarious, yellow highlighters and black markers nearby and at the ready. It may have appeared to passerbys I was trying to solve a series of crimes by my "clue wall" rather than following a basketball tournament.

Is 'passion' a zero-sum game? Is one's passion like a finite amount of water in a bucket? In other words, if my passion and concern for something is increasing exponentially, does it draw that passion and concern from other areas in my life, thereby causing me to necessarily care less about something else? An interesting query that I would ponder further if I could only manage to muster the passion to care about the answer. Meh.

During the Michigan game, I sensed that my wife was actively rooting AGAINST my Wolverines. After almost 28 years of marriage, you fine-tune that sixth sense regarding your spouse. That, and I heard her say, "I hope Michigan gets their a$$es kicked!," or something to that effect.

Hmmm. She was evidently more passionate regarding this game's outcome than I was. Oh well, here's my 'Man Card'. It was a good run... Wait! My wife doesn't care about basketball, let alone any sport for that matter (unless when her boys were playing).

No, my wife is not a passionate Kentucky fan. And no, she is not a Sparty fan who relishes in the intrastate rival's woes. In fact, her passion for Michigan to lose had nothing to do with basketball at all and everything to do with the story I mentioned in yesterday's blog about the university sponsoring a perverted, disgusting and blasphemous exhibit praising abortion as a "Gift From God".

"Honey, do you think the other team's university is any less secular-progressively screwed up?," I asked.

The brand that is "Michigan" has taken one too many hits, as far as my wife is concerned. I get it. I like to watch sports as an escape from the reality that the progressive left has destroyed this nation's cultural foundation, not to be reminded of them. I guess that's hard when your home team's uniform represents a school who's mission seems to be to tear down truth and righteousness. When I see the Maize and Blue, I try to remember the Wolverines from my youth when the brand was shiny and seemingly wholesome.

Maybe that is how to view the flag. I know what it stands for, regardless of how the left tries to re-define it. So without evidence to the contrary, I change my answer to 'A'.
Posted by DaBlade at 8:09 AM