What used to be Black and White and Read all over, and Spoiled after just a few hours if not consumed?

Construction progresses in the new Flint Farmers Market in downtown Flint.
While many see "progress", I still feel heartbreak. 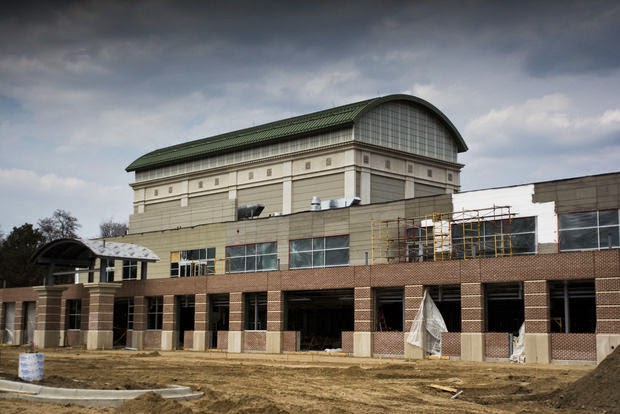 The new Farmer's Market is almost completed but I doubt I will ever go. I only live maybe 5 minutes from downtown Flint, but I have not been down there since my departure from the Journal in early 2010. That's not out of bitterness or any pledge I made. Its because it makes me sad, and I don't like to be sad. I've heard there is a renaissance of sorts, what with the new pubs, restaurants and diners (catering to the numerous college students, lawyers and courthouse employees and bail bondsmen?).

But I won't go there because instead of seeing 'progress' of new possibilities, all I see are the ghosts and memories of what once was.

Let me ask you a question: How hungry would you be for carrots, corn, or other fresh produce if the new Farmer's Market were to be constructed in a cemetery on the graves of your long dead memories?

Hard to believe it was 10 years ago this month when the shiny new newspaper press was unveiled at The Flint Journal. If this state-of-the-art, offset Regioman press from the German manufacturer MAN Roland was the mechanical heart of the newspaper's circulatory system, then the four press towers were the heart's chambers, pumping out thousands of newsprint copies per hour and sending them along the arteries of conveyors to be racked, stacked and misscounted before leaving the facility through the loading dock to waiting contractors.

Of course, the real heart of this newspaper were the hundreds of dedicated folks from reporters, photographers, advertising, accounting, circulation staff and distributors and all the staff who worked long hours swimming against the overpowering digital current.

I remember when this picture was snapped, and the excitement we felt during construction. I hope the folks involved in the retrofit are just as excited but have better luck with it. Me? I'm happy and doing well, but will get my fresh produce elsewhere. 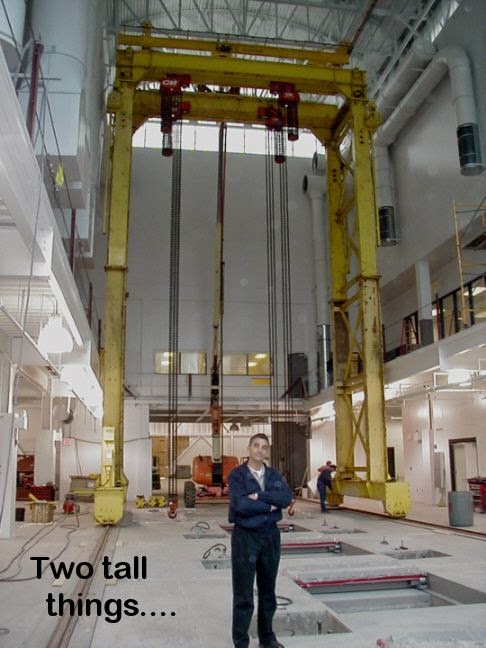 PICTURED: Happier times for the press hall. About half of the then Flint Journal staff in April, 2004, pose with the new press. Click the picture twice to expand (hosted at my golf site). I'm at 57,27 (row,column). 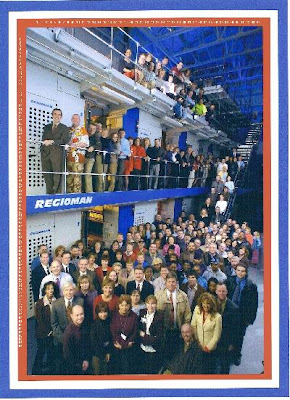