I have a pen and I have a hammer

My hammer controversy just keeps getting worse ever since I made this FaceBook post a few days ago:

When my friend Ed commented this:
"You can have two hammer heads on one handle. One personal and one for work."

I initially discounted his suggestion, but then I saw THIS. 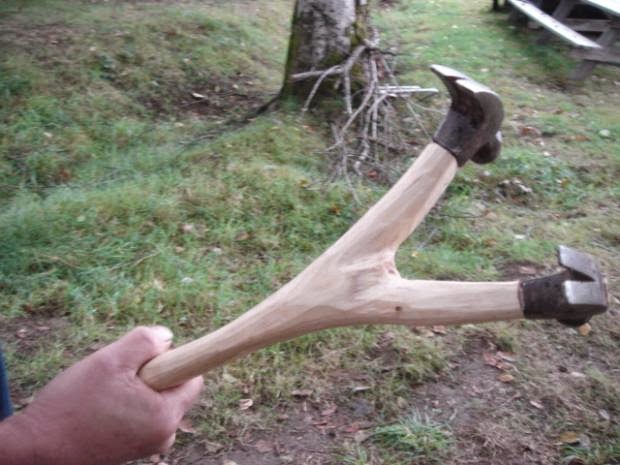 UNITED NATIONS — Reclusive conservative blogger known as DaBlade from Chattering Teeth used a private hammer for "convenience" but has since released all bent nails he pulled from his studio walls that were randomly hammered between his nonsensical blog posts.

I knew my troubles were just beginning. I was not aware of the need for a permit to carry a concealed hammer in my pants.

Looking back, it would have been better for me to use two separate hammers and two separate boxes of nails. I thought using one hammer device would be simpler. Obviously, it hasn't worked out that way.
Posted by DaBlade at 8:05 AM