It was November 5th, 2008, the day after the 2008 U.S. Presidential election (not coincidentally) when I wrote Island Pursuit I, and this, in part:


BUT NOW I LEARN THAT MY DREAM LIVES!!!

Tonga officials announced last week that a new island half a mile wide and just under a mile long and 820 feet high was formed off its coast by underwater volcanism.

VOLCANISM? I suppose the fact that Spock died in late February, and now this new island forms is just a coincidence? That wouldn't be logical, my dear fellow Star Wars Trackers. 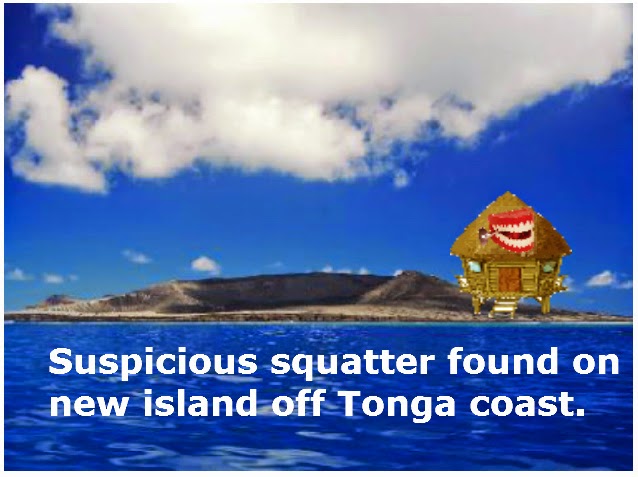 I did have a dream last night.

I dream I'm on Chattering Teeth Island, toes in the sand and sipping on some homemade fermented mixture made from blended Sea anemones. There are small crabs side-winding along the water line, seemingly in rhythm to the strums on my bamboo ukulele. The Island folk are dressed in grass skirting and strategically placed coconuts. Except for me. I am wearing Lederhosen. Did I mention that I'm mayor of Chattering Teeth Island?

Scientists say the island will likely disappear  in a few months, sinking back to the depths from whence it came (I added the "whence" part), so some may think me foolish in relocating there. But really, you have to ask yourselves how much longer you really think you have with obama.

Don't worry, I'll leave the hut candle light on for ya!