Palm or Passion Sunday kicks off Holy Week, as we hear the contrasting Gospel readings, and we enter the Church in a Procession waving Palm branches and are invited to identify with the jubilant crowds welcoming the Master into Jerusalem.

On this Palm Sunday, I should like to compare and contrast a King and an ass.


PICTURED: An ass who thinks he's a king, sits in his limousine after arriving in Palm City, Florida, in order to pursue his passion - golf. 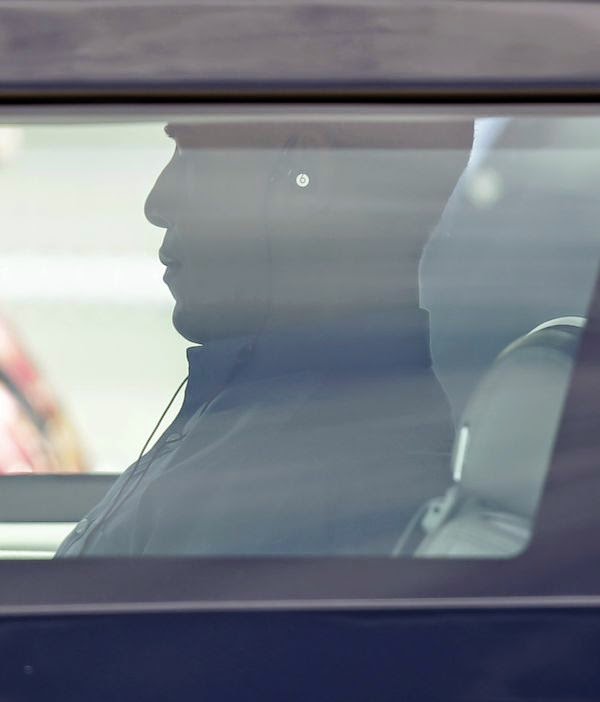 PICTURED: The Master and King of the universe, sits on an ass and makes His triumphal entry of into Jerusalem on the first Palm Sunday in order to begin His Passion - His torture and crucifixion for our salvation. 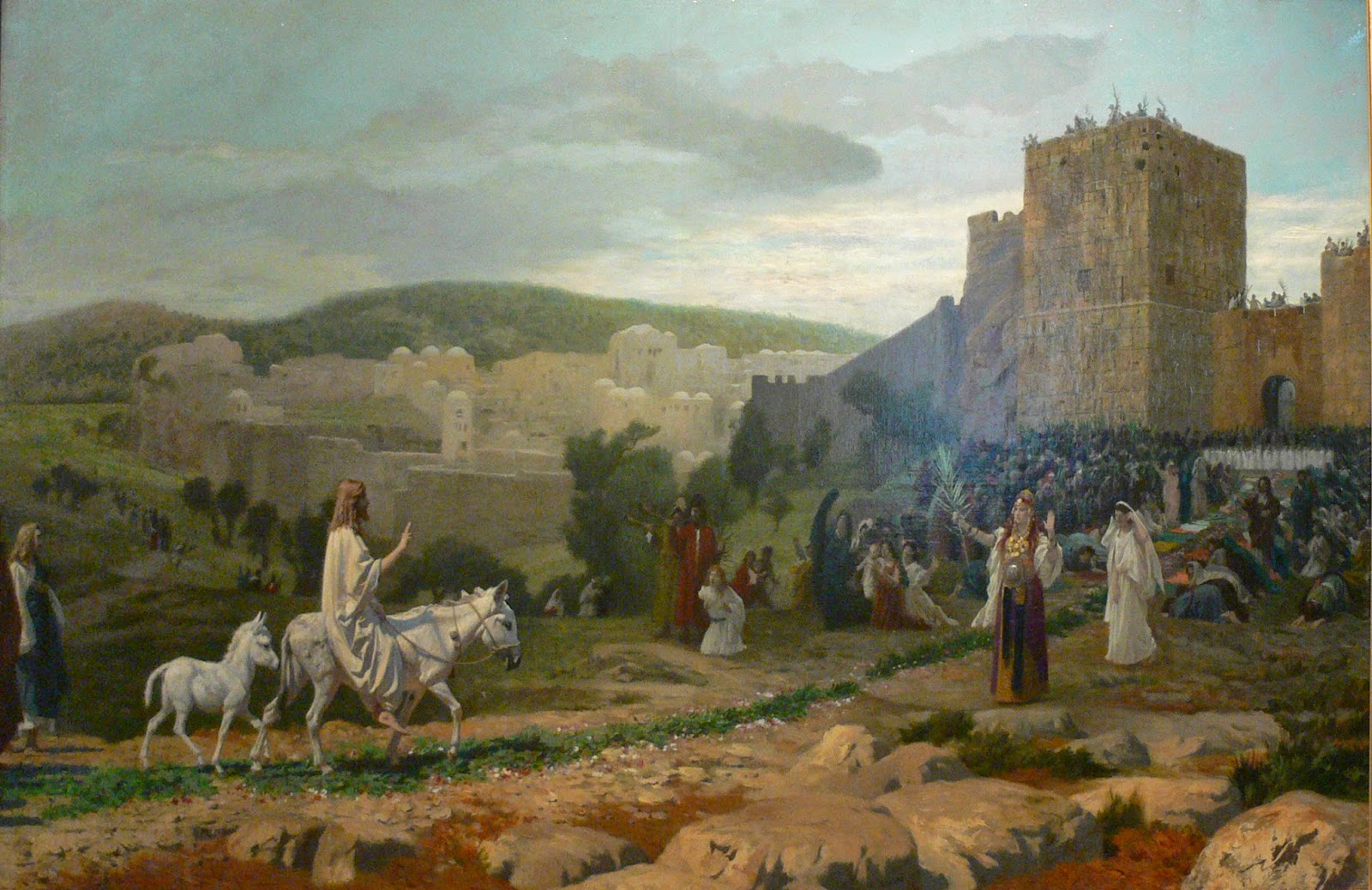 The passion of Christ was directed by the Father's will and resulted in a life whose purpose was the cross (John 12:27).

Obama's purpose seems to be a double cross.


Then this?
Reporters refuse Obama's dismissal from golf course, are sent to the 'shed'


I can almost see these reporters now. Standing outside the golf cart shed where obama had them banished, waving palm branches and stepping on their tippy toes hoping to get a glimpse of The One on the golf course.

While obama plays around in his sand trap, the rest of us will be reflecting on the following "Sanhedrin Trap".

1 First thing in the morning, the chief priests, together with the elders and scribes and the rest of the Sanhedrin, had their plan ready. They had Jesus bound and took him away and handed him over to Pilate.
2 Pilate put to him this question, 'Are you the king of the Jews?' He replied, 'It is you who say it.'
3 And the chief priests brought many accusations against him.
4 Pilate questioned him again, 'Have you no reply at all? See how many accusations they are bringing against you!'
5 But, to Pilate's surprise, Jesus made no further reply.
6 At festival time Pilate used to release a prisoner for them, any one they asked for.
7 Now a man called Barabbas was then in prison with the rebels who had committed murder during the uprising.
8 When the crowd went up and began to ask Pilate the customary favour,
9 Pilate answered them, 'Do you want me to release for you the king of the Jews?'
10 For he realised it was out of jealousy that the chief priests had handed Jesus over.
11 The chief priests, however, had incited the crowd to demand that he should release Barabbas for them instead.
12 Then Pilate spoke again, 'But in that case, what am I to do with the man you call king of the Jews?'
13 They shouted back, 'Crucify him!'
14 Pilate asked them, 'What harm has he done?' But they shouted all the louder, 'Crucify him!'
15 So Pilate, anxious to placate the crowd, released Barabbas for them and, after having Jesus scourged, he handed him over to be crucified.
16 The soldiers led him away to the inner part of the palace, that is, the Praetorium, and called the whole cohort together.
17 They dressed him up in purple, twisted some thorns into a crown and put it on him.
18 And they began saluting him, 'Hail, king of the Jews!'
19 They struck his head with a reed and spat on him; and they went down on their knees to do him homage.
20 And when they had finished making fun of him, they took off the purple and dressed him in his own clothes. They led him out to crucify him.
21 They enlisted a passer-by, Simon of Cyrene, father of Alexander and Rufus, who was coming in from the country, to carry his cross.
22 They brought Jesus to the place called Golgotha, which means the place of the skull.
23 They offered him wine mixed with myrrh, but he refused it.
24 Then they crucified him, and shared out his clothing, casting lots to decide what each should get.
25 It was the third hour when they crucified him.
26 The inscription giving the charge against him read, 'The King of the Jews'.
27 And they crucified two bandits with him, one on his right and one on his left.
28
29 The passers-by jeered at him; they shook their heads and said, 'Aha! So you would destroy the Temple and rebuild it in three days!
30 Then save yourself; come down from the cross!'
31 The chief priests and the scribes mocked him among themselves in the same way with the words, 'He saved others, he cannot save himself.
32 Let the Christ, the king of Israel, come down from the cross now, for us to see it and believe.' Even those who were crucified with him taunted him.
33 When the sixth hour came there was darkness over the whole land until the ninth hour.
34 And at the ninth hour Jesus cried out in a loud voice, 'Eloi, eloi, lama sabachthani?' which means, 'My God, my God, why have you forsaken me?'
35 When some of those who stood by heard this, they said, 'Listen, he is calling on Elijah.'
36 Someone ran and soaked a sponge in vinegar and, putting it on a reed, gave it to him to drink saying, 'Wait! And see if Elijah will come to take him down.'
37 But Jesus gave a loud cry and breathed his last.
38 And the veil of the Sanctuary was torn in two from top to bottom.
39 The centurion, who was standing in front of him, had seen how he had died, and he said, 'In truth this man was Son of God.'