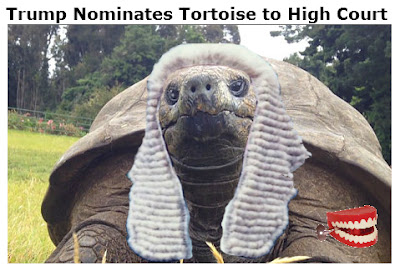 Jonathan currently resides on the island of St Helena where many believe he is possibly the oldest known living land animal (apparently narrowly beating out Justice Ruth Bader Ginsburg for the honors).  He is reported to be blind from cataracts, has lost his sense of smell, but still has excellent hearing.

Some have criticized Trump for this endorsement, most notably Ted Cruz, who has issued warnings that we are one judge away from abortion on demand, the removal of our Second Amendment rights, limiting free speech, and erasing our religious freedoms.

Jeb Bush's campaign responded with this statement, "Our freedoms hang by a thread and Trump wants us to put our trust in a 184-year-old reptile? And he calls ME 'low-energy'"?

Trump tweeted: Remember, it was the Republican Party, with the help of Conservatives who gave us judges without a track record so that they would glide through the confirmation process, and that ultimately disappointed us. Jonathon might be a lot of things, but he has a 183 year track record, that I will tell you. That I will tell you.

Trump was then informed by his handlers that Jonathan was already likely at the end of his lengthy lifespan, and if he wanted his court appointment to have a longer historic impact - then he should appoint someone a little younger.

After reviewing the short list of potential picks, Trump now promises to pack the court with a mess of ocean quahog, a species of edible clam with a longevity as high as 500 years. Trump stated, "If the clams come down with a decision I don't like, it won't be me who is steamed.  I'll just grab a bib. That I will tell you." 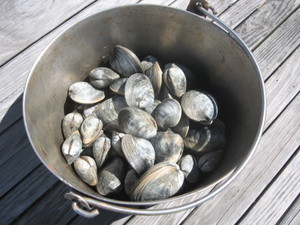