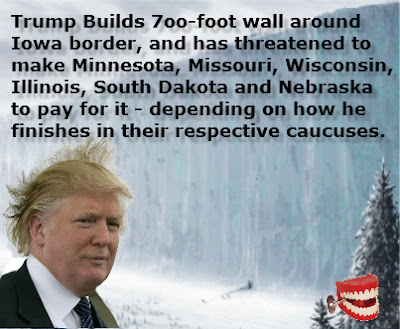 Iowans woke up Tuesday to find themselves surrounded by a 7oo-foot wall around the perimeter of the State, and Trump has threatened to make Minnesota, Missouri, Wisconsin, Illinois, South Dakota and Nebraska to pay for it - depending on how he finishes in their respective caucuses.

Political pundits call this a high-risk maneuver and thinly veiled threat to future states, but is very telling how impressive the Trump organization really is, to be able to build this huge wall overnight.

"It's called, we have a campaign," shouted Trump from the top of the wall as he urinated into the State. "Don't turn around now, Iowa. It's too late or you might turn into a pillar of salt like a lot of wives did in that verse from  Nineteen Genesis. That’s the whole ballgame. It's called I have a Bible."

Donald Trump has long been a proponent of eminent domain, the practice of granting government unlimited power to seize private property for public use. He even once bribed Atlantic City officials in an attempt to forcibly evict an elderly widow out of her home so he could bulldoze it to make way for a limousine parking lot for the nearby Trump Plaza hotel and casino. So when he promises Iowans he will come back for their farms...

Frankly, when I'm president, I promise to come back to Iowa for a farm or two. You could say it's EMINENT that I DOMAIN here in Iowa. What did I get in Iowa? 24% of the vote? That leaves 76% of the farms ripe for a Casino, golf course or just a lot of parking lots... This, I can tell you.

‘How stupid are the people of Iowa?’ Trump asks 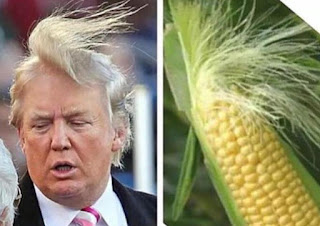 (not my meme and source unknown, but too good not to share)


Hillary Wins a Delegate With a Coin Toss


Sadly, the 60 missing caucus member's bodies were found in a nearby park, all victims of a spontaneous mass suicide due to depression. Several tow trucks were employed to haul their parked cars away, with one driver named Vince commenting on the coincidence that all the cars seemed to sport Bernie Sanders #FeelThebern bumper stickers on them.

As for the tie-breaking coin flip:
A Clinton supporter correctly called “heads” on a quarter flipped in the air, and Clinton received a fifth delegate.

It was later discovered that the coin flipper was none other than James Carville, the long time Clinton advisor and slanderist who once responding to Paula Jones' sexual harassment allegations against Bill Clinton by saying, "Drag a hundred-dollar bill through a trailer park, you never know what you'll find."
PICTURED: Carville's Quarter. No Sanders supporter had one. 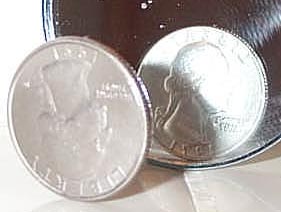 This just goes to show - Anything you might catch with a Hondo in a trailer Park is going to be much preferable to what you catch with a Quarter flipped in a democrat precinct. 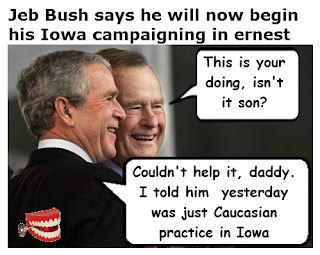 UPDATE: A grand jury has indicted the cameraman who spotted this abhorrent and fraudulent practice...
Posted by DaBlade at 6:24 AM