Last week, Michelle Obama gave her last commencement speech at the City College of New York, where she complained that she wakes up each day "in a house built by slaves." 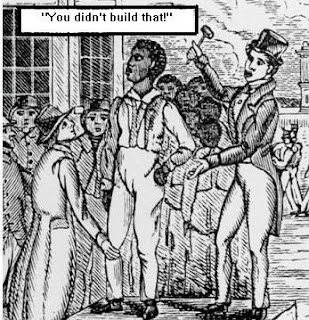 Well wring your hands and complain no more, Michelle. Chip and Jo from the HGTV hit series "Fixer Upper" has come to the rescue! Yes, we know you and your husband believe that America sucks, but there is an untold number of citizens who also don't want you in that White Slave House even one day longer than necessary.

Normally, the TV show's hosts Chip and Jo "picks the worst homes in the best neighborhoods and transform them." However, in your case, Michelle, your husband and you have already taken the best house in the best country and transformed them into something hideous and unrecognizable to America-loving patriots.

Therefore, we want to properly thank the both of you by physically transforming that White Slave House into something we believe will be more comfortable to our your tastes. 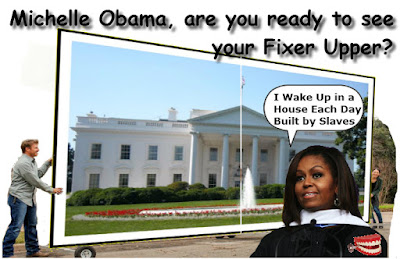 REALLY! YOU DESERVE IT!! 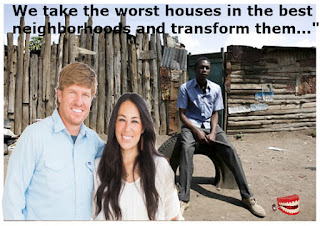 
Normally, Chip and Jo struggle to do any necessary repairs, while at the same time renovating and remodeling the subject home while staying within the client's finite budget. In this case, we decided to take after your husband's example and use the infinite resources of the National debt. What's another few $Trillion if it was used to extricate you from the White Slave House immediately! 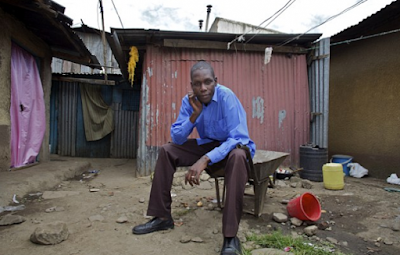 Barack will love this open concept (in the unlikelihood you two remain married after the end of his term)...

This house has great bones... and by "great bones", I mean there are piles of chicken bones in the corner for ambience.