If we've learned anything from our national treasure that is Nicolas Cage, we've learned about the existence of the "President's Secret Book", which contains documents collected "by Presidents, for Presidents' eyes only", covering such controversial subjects as the JFK assassination, Watergate, Area 51, AND George W Bush's Hurricane Weather Machine. 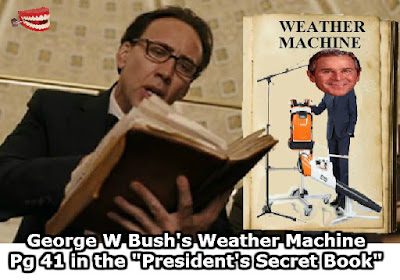 Hurricanes Harvey and Irma prove that President Trump has fired up the George W Bush Weather Machine, but for what ill purpose - we still don't really know. The hopes that his tiny hands wouldn't be able to operate the Weather Machine's controls have been dashed.

The nation girds its collective non-gender specific loin area for what may come next. 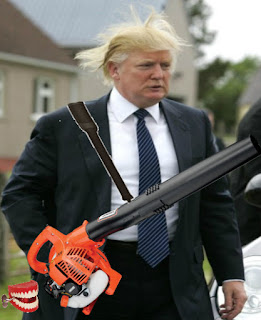 Stay tuned to this blog for important updates you will not get anywhere else. Seriously, just stare at the screen and occasionally hit refresh. You'll be glad you did.

In the meantime, learn more about the Weather Machine and its nefarious roots from this schorlary work  [here]
WHY DID NOBODY TELL ME THIS WAS ON THE INTERNETS?