Chattering Teeth News - By now, everyone knows that President Donald J Trump allowed an 11-year-old boy, Frank, to mow the White House lawn for free in his opening move to cut waste, fraud and abuse.

BUT DID YOU KNOW that Frank received an automated rejection from then president obama when making the same request? And that obama was the first and ONLY president that has denied Frank's free lawn mowing proposal since Washington?

This is likely the earliest photograph of White House staff members at work. 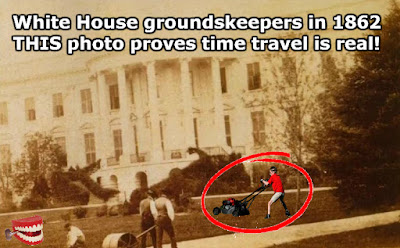 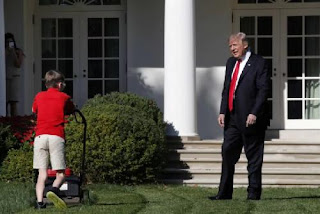 Frank told this reporter that Nixon was the worst Republican tipper, but still more generous than every democrat president to date who has yet to tip or even thank him.