Prayers for Baby Alfie and his parents

Prayers for Baby Alfie and his parents, vicitms of Britain's socialized free health care. As of this posting, the little fella is still fighting and alive against all odds and intentions of the British doctors and death panel bureaucrats. (Not that our country has any moral authority).

I am reminded of the treatment of Otto Warmbier at the hands of his North Korean torturers, denied food and oxygen. At least North Korea had the decency to release Otto to his family before he finally died from the abuse.

On Glenn Beck's program yesterday, Stu Burguiere said something to the effect that, if this were his son and he died in that Liverpool hospital - AND as the father, he wasn't in jail from trying to storm the gates to free him - he would consider it a failure. I agree, but not to disparage this poor father in the least. After all, the only gun he would be able to get his hands on over there would be to make one out of Legos.

That's why we can't let the left take our health care sytem (what's left of it) or our guns. 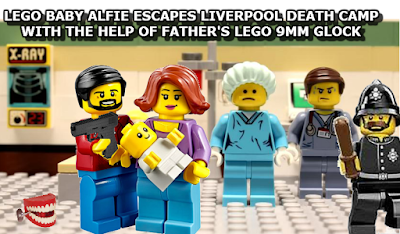 Meanwhile, In Legoland's upper-crust bourgeoisie quarters where babies  aren't tortured to death against their parent's wishes... 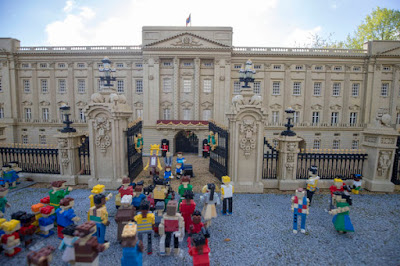