BLADE SAYS: On the bright side, there has been a run on pussy hats and Appletinis at the bar. 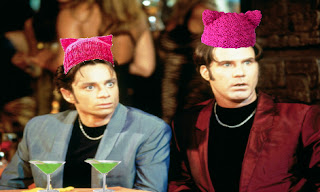 The loudspeakers blasted anti-communist propaganda and K-pop songs since early 2016.

BLADE SAYS: It would be a shame for these anti-communist propaganda speakers to go to waste, and therefore we recommend they be stacked outside Bernie Sander's Washington D.C. townhouse. 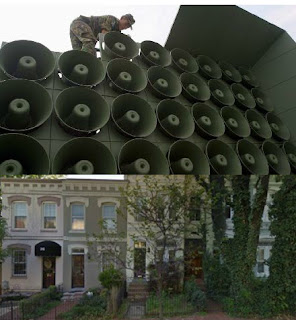 News photographers snapped away Monday when Trump and Macron shoveled dirt onto the tree during a ceremonial planting on the South Lawn. By the end of the week, the tree was gone from the lawn. A pale patch of grass was left in its place.

BLADE SAYS: In a strange coincidence, White House press Secretary Sarah Huckabee Sanders was spotted fleeing the area carrying a shovel, and so-called comedian Michelle Wolf has not been seen since. 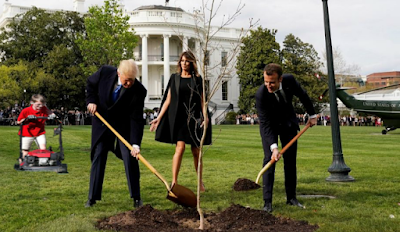