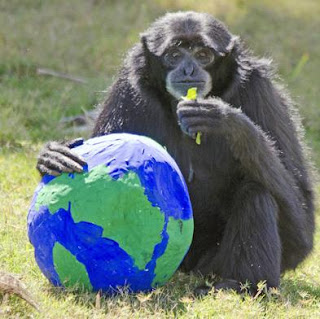 1)  In the beginning, God created the heavens and the earth. (Genesis 1:1) A few years later on April 22, 1970, Earth Day was founded by United States Senator Gaylord Nelson.

2) The word 'earth' is a synonym for 'soil'. This is probably not a coincidence, though why we don't celebrate Soil Day, I have no idea.

3) Scientists say that it takes about 500 years for plastic to decompose. Except for Nancy Pelosi. She decomposed a long time ago.

4) The earth isn’t round. It is an oblate spheroid, which makes me wonder why our planet wasn't named 'Hillary' or 'Mooshell'. Maybe in an adjacent dimension, folks are celebrating Oprah Day.

5) The Earth is fragile.  Its surface is split into tectonic plates which float on a rocky mantle. Sort of like Pelosi's dentures.

6)  Scientists say the earth weighs about 6,588,000,000,000 million tons, and the average person makes about four pounds of garbage every day. Therefore, if 108 billion people have ever been born with an average lifespan of say... 50 years-ish - and if one ton equals 2,000 pounds, AND the Earth is in fact exactly 4.543 billion years old... [nineteen gazillion and six... carry the one...] then it has to be comprised entirely of garbage. Happy Garbage Day!

That's about all we know about Earth at this point.

As for the so-called Earth Day, it is a secular holiday celebrated by atheists and agnostics. Earth is their god, pseudoscience is their religion and abortion is their sacrament. In their safe space Tide Pod eating world, there are an inexhaustible number of genders. They do not believe that "God created man in the image of himself, in the image of God he created him, male and female he created them (Genesis 1:27). "For if there is a God," they say, "then when did He create the LGBTQIA and sometimes Y and W?"

ANSWER: He didn't. That is the serpent's doing.

Earth Day-ers also believe in man-made climate change, and that our fragile climate is on the verge of collapsing unless there is an mmediate accelerated redistribution of wealth. Some of them even believe that George W Bush invented a secret Republican climate change machine and that President Trump signs his executive orders with polar bear blood. 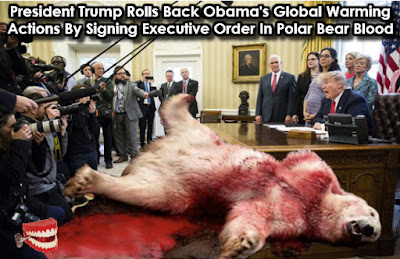 These Earth Day-ers like to think they are the ones who embrace science by rejecting the 'make-believe daddy in the sky,' yet they don't recognize human babies as actual life when in their mother's womb. That's science? 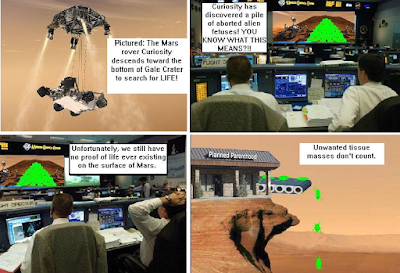 So while the progressive socialist democrat marxist secular atheist agnostics celebrate Earth Day by prancing around their cauldrons of boiling baby blood, I will be celebrating today like I celebrate every Sunday - by going to church and worshiping God and thanking Him for his wonderful creation.