Congress grills Facebook CEO Mark Zuckerberg, AND YOU WON'T BELIEVE WHAT HAPPENED NEXT!!! 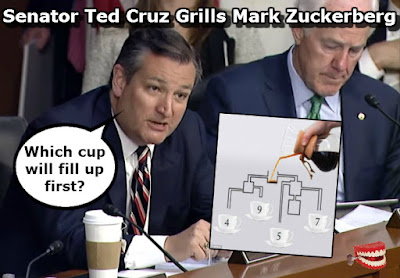 Sen. Bill Nelson (D-FL) invoked his love of chocolate. “I’m communicating with my friends on Facebook, and indicate that I love a certain kind of chocolate. And, all of a sudden, I start receiving advertisements for chocolate. What if I don’t want to receive those commercial advertisements?”

Sen. Thom Tillis (R-NC) told Zuckerberg, “I’m a proud member of Facebook, just got a post from my sister on this being National Sibling Day.”

Rep. Larry Bucshon (R-IN), My son likes buying suits and then saw ads for suits online. If you’re not listening to us on the phone, who is?

It's about time that congress got to work on behalf of the American people and asked these tough and probing questions. Could it be possible that Facebook and all the big tech companies try to have it both ways by trying to pass themselves off as a  neutral public forum, yet exhibit a pervasive political bias against conservatives?

CRUZ: Does Facebook consider itself a neutral public forum?

ZUKERPUNK: Senator, we consider ourselves to be a platform for ideas

CRUZ: Then for the love of God, tell this congress and all of my Facebook friends for the final time which cup fills up first!?

ZUKERPUNK: It's a trick question, senator. Some of the tubes are closed... or are they? And ask yourself this - Is there enough coffee in the pot to actually get to where you think it will?

CRUZ: There are a great many Americans who are deeply concerned that Facebook is engaged in a pervasive pattern of addictive puzzle memes. Would you like to explain to the American people what exactly is the purpose of this confusing McDonalds puzzle, if not to divide us? 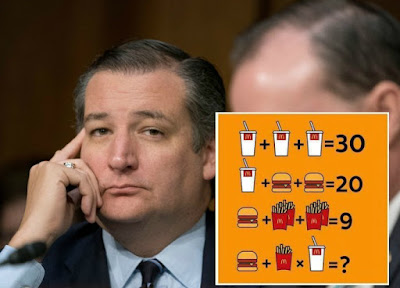 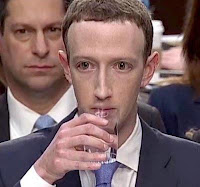