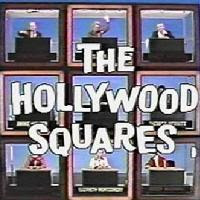 There is a popular opinion going around that the ideal outcome of the election would be Obama as president, with a Republican House in two years. I guess that even liberals are a little nervous about Obama's Marxist mantra of the virtues of "redistribution of wealth".

For me, I hold the exact polar opposite view. On one hand, the conservative in me understands that this is just another election. You can't win them all, and we did survive Jimmy Carter once. On the other hand, The Christian in me KNOWS this is the most important election of my lifetime. The next POTUS will set the cultural course of this nation for the next generation through their shaping of the courts.

The Brookings Judicial Issues Forum hosted a September 4 discussion of how John McCain or Barack Obama will influence the courts with their Supreme Court appointments:

At the Supreme Court level, we always talk about the Supreme Court at a tripping point and in a very visible sense this year I think that's probably actually true. You have two blocs of four justices on a delicate seesaw over the fulcrum of Anthony Kennedy who is the decider in an incredible number of cases. Because of the age of some of the justices particularly on the liberal flank, the next president, presumably if he's John McCain, has a genuine opportunity to create a decisive majority on the conservative side. And similarly, a Barack Obama administration would have the opportunity at a minimum I think so substantially reinforce the liberal flank with much younger justices and you could imagine in the course of particularly an 8-year Obama administration an opportunity to pick off or replace one of the five members of the conservative majority. So you could really imagine a very different Supreme Court after 4 or 8 years of an Obama administration than after a McCain administration.

WHAT IF? Who would I vote for if the Republican and Democrat platforms were exactly the same except for the one small issue of abortion? I've asked myself that question many times, and I always come up with the same answer. I would vote for the pro-life candidate. Even if that person had terrorist friends; attended a racist church; wanted to gut the military by 25% and withdraw from Iraq in defeat; even if he espoused Marxist "redistribution" economic policies and wanted to turn this great country into a welfare state. As long as that candidate recognized abortion for what it is - morally repugnant infanticide and a gross miscarriage of the Constitution. 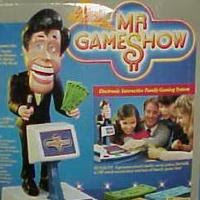 I imagine a game show where the host gives me the choice of two levers to pull, just like the voting booth.

GAME SHOW HOST: "Pull lever number one and you win a new car! But that's not all! You also get a mansion on the waterfront of your choice, enough money to last the rest of your life, and a brand new iPhone! Pull lever number two and things are gonna suck for you big time!"

GAME SHOW HOST: "Not a big deal, really. It's a small thing if you don't think about it. Lever number one will also have a side effect of about 50 million dead babies, but hey! Think about the other stuff! You don't even know these babies. They're unwanted tissue masses, really. Sure, the hairs on their tiny heads may be numbered in the womb by the Father, but I'll throw in a boat! Whaddyasay?

ME: "Why is the blood dripping from lever number one?"

An open blog to Christians planning to vote for Obama next Tuesday. If you follow through with this choice, I pray (among other things on your behalf) that you live a long life. At least long enough that you have the convenience of time to wipe the blood of the next 50 million babies off your hands. There is nothing you can do now for the first 50 million babies, dead at the hands of the activist liberal "Justices" that allowed these atricities in the name of Roe V. Wade. But rest assured, the next 50 million are exactly what is at stake in this coming election. For that, YOU have culpability. For those poor souls not yet massacred at the unholy altar of the left and discarded in medical waste dumpsters or flushed down toilets, you have a say. Make no mistake. Pulling that lever for Obama in the voting booth is the moral equivalent of you personally inserting the surgical scissors into the base of these babies' skulls and sucking out their brains. If you do follow through and vote the populist's choice for "feel good" reasons- how will you explain yourself to Him?

Just wondering.
Posted by DaBlade at 7:05 AM