Vote NO on proposal 2 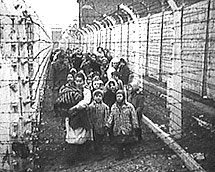 What is the purpose of Proposal 2?

The purpose IS NOT to find cures and new treatments for diseases and illnesses, as supporters would argue. Rather, the purpose is to further cheapen human life, treating "it" like a commodity by expanding the use of human embryos for research. The fact that adult stem cells have shown SOME promise while human embryonic stem cell research has produced NOTHING doesn't exactly help the worshippers of death.

And now, for fair and balanced coverage, Chattering Teeth presents the ghost of Dr. Josef "Angel of Death" Mengele for counterpoint: 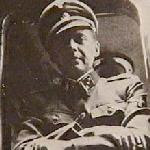 I'm sorry, but Dr. Mengele can't come to the blog right now as his spirit is busy burning in hell. He would probably argue that he be allowed to run his experiments because, "hey, they're just gonna discard them anyways!"
Posted by DaBlade at 7:17 AM