Have you heard about the abortion doctor who has made millions murdering hundreds of innocent babies at his Philadelphia abortion shack? No?

It's now widely understood that progressives control the information flow in this country, from kindergarten thru college, and a state-controlled media feeding the masses the progressive socialist line. They blow up silly and meaningless stories against conservatives and Christians, while completely ignoring HUGE Impeachment-worthy stories like Benghazi, Fast and Furious... and how about the latest Watergate style wiretap spying on Mitch McConnell's office. So the abortion killer story not surprising.

Infant beheadings. Severed baby feet in jars. A child screaming after it was delivered alive during an abortion procedure. Haven't heard about these sickening accusations?

It's not your fault. Since the murder trial of Pennsylvania abortion doctor Kermit Gosnell began March 18, there has been precious little coverage of the case that should be on every news show and front page. The revolting revelations of Gosnell's former staff, who have been testifying to what they witnessed and did during late-term abortions, should shock anyone with a heart. 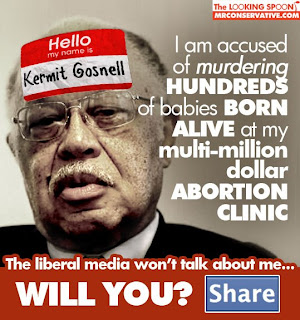 I believe there is a very special corner in Hell reserved for this guy. 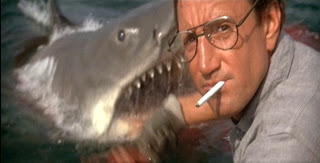 How about you? Do you feed these monsters? Do you live in Complicity?

If you voted for Obama, you're a baby butcher. If you're a proud progressive supporter of Planned Parenthood,your hands might as well be on the spine-severing shears. If you call yourself "pro-choice", we will NOT "agree to disagree".