Wake up and smell the roses - there were more than two terrorists involved, and they are muslims

OK, this is the second day of me mixing meteors, but coffee by any other name would smell as deliciously deep roasted. 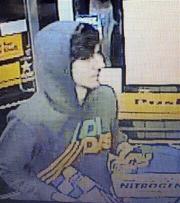 It is being reported that the two Boston bombing suspects are Chechen. Hmmm.

You say Po-Tah-Toe, and I say just don't call me "late for dinner".

It may shock the PC progressive crowd (and the state controlled media may be hesitant to report this), but Chechen terrorists are radical muslims.

and there most definitely is a cell near you.
Posted by DaBlade at 7:24 AM