The Harris family has been rescued from a large well in their basement, dehydrated, but otherwise no worse for wear. Police were led there after being alerted by local Gym Teacher at Progressive High School, Mr. Seymore Butts, of some very disturbing video found on the phone of one of his students. 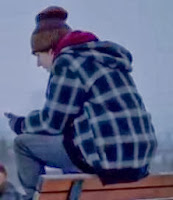 "The kids had just exited the locker room wearing their gym clothes for first hour," said Mr. Butts. "I told them to spread out for some jumping jacks so's wees could wear off a few of those calories from sugar plums and candy canes they had eaten, see what I'm sayin'?

"That's when I see that fruitcake Harris boy sitting on the bleachers all by himself, as usual, a vacant stare on his face that seemed to be bathing in a radioactive greenish glow from his iPhone," stated Mr. Butts.

"I guess I finally had enough of his tired loner routine, so I yanked his phone away and saw that crazy video of his family looking up a large hole, their arms flailing and waving, and looks of raw terror on their faces."  I heard giggling and looked over at the Harris boy, who was still viewing the video on his phone that I now held. He was smiling and looking all smug and proud of himself.

"I don't blame him for being smug," stated Mr. Jay Doobie, the Harris boy's computer teacher. "That's some seriously professional cinematography he was laying down in that 'Family in the Well' video. Almost as good as his 'Misunderstood - The Harris family holiday' video he shot the day before he took his family captive. 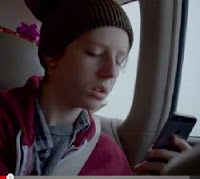 The transitions; The dubbed overlay of that haunting rendition of 'Have Yourself a Merry Little Christmas' soundtrack; the cutscene selfies of himself staring psychotically at his phone - now HOW DID HE DO THAT!! I guess

I just assumed he wasn't paying attention in class, but this kid got real skillz," stated Doobie proudly.

"Sure, he always ate lunch by himself, never participated in class and would sit on the wall at the end of each day while he waited for the bus, staring and sometimes mumbling to his iPhone," said Mrs. Busybody.

"I guess I just assumed he was downloading the Common Core curriculum onto his phone for homework and preparation for the next day."

Every teacher interviewed for this story shared their own experiences with the Harris boy, but there was one common theme. They all stated they didn't see this coming, that it was assumed the Harris boy was "just the quiet dreamer," and they ALL wished they would have had some kind of sign he was troubled!

No student would give a comment on the Harris boy. 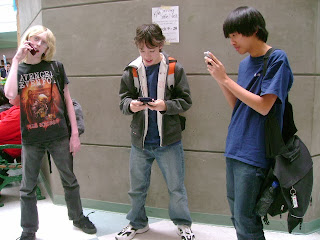