Today's blog scrawled in honor of the greatest video game I've ever played.

If you're like me, you have been preparing for the looming economic meltdown by converting all your assets into Bitcoins and storing them on the memory chip of your vintage Super NES game system. Hey, they're bound to be the currency of the post-apocalyptic (post-obama) future, and I'm gonna be loaded up with those bad boys. While I still haven't figured out how to get them back out of the game console yet when there is no power, I figure I still have a little time before I'm starving and have to barter them for a live chicken.

By the way, don't be fooled by stocking up on worthless counterfeit Bitcoins purchased or exchanged on the internets, or that worthless U.S. Dollar currency for that matter. Legitimate Bitcoins can only be found throughout the Super Mario Brothers 2 game. 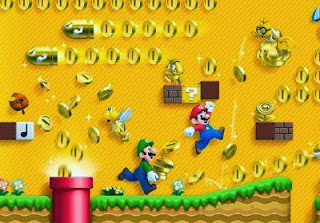 Oops. I let my survival secret out of the bag. The truth is, everything you need to know for survival in a world gone mad can be learned from Super Mario Bros. 2 - the original Nintendo 1988 version, not the handheld remakes. Those things have tracking chips in them guys.

If you send me $19.99 (in Bitcoins of course), I will divulge my entire Super Survival Mario Brothers 2 secrets kept hidden in my large vase genie pot in the corner. These tips and tricks took years (and countless consumption of bad mushrooms) to develop that can all be yours for only $19.99!

These are tried and true strategies that will absolutely give you the best chance at getting to the next level when this $multi-$Trillion dollar ponzi scheme, smoke-and-mirror economy necessarily collapses. Strategies that you may forget under stress when you see obama's civilian goomba army marching down your street after declaring Michelle Law (Martial Law sounded so harsh after all).

Tips like, *When in doubt, don't forget to side scroll! 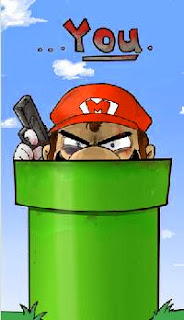 If you act now, I'll give you my best combat strategy tips that will have your potential adversary scrolling away frightened and confused.  While your instincts may tempt you to jump on an enemy combatant's head to subdue them, you'll know better! You'll be throwing vegetables at them instead!

Seriously, this works! I tried this the other night in a dry test run. I ate one of my mushrooms, put on my pink Princess dress (size double buddha) and side scrolled downtown throwing carrots, onions and turnips at the vagrants. Necessary combat training for me, and an early Christmas feast for the homeless.

Of course, I woke up with 3 days beard stubble and wearing a soiled Princess dress, curled up inside the darkened hallway linen closet after having mistaken it for the door to that alternate sub-space world. I wish I had a Bitcoin for every time THAT happened.

The first 50 people who send me $19.99 will receive a racoon tail taken from a racoon I personally taught to fly from the top of the 3 story apartment building on Main Street downtown. It took a few tries, but once the tail came off, it floated gently to the red stained pavement below. 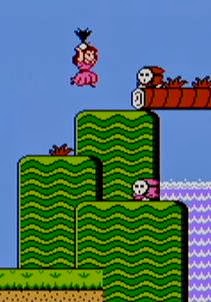 Seriously, don't be a procrasti-prepper. If you don't already have a network of large green sewer pipes buried on your property with a few key access points, you need this kit! Call today!

One lucky caller may even get my vintage Atari 5200 video game console. It's like new! When I say it's like new, I mean that half the controller buttons don't work properly, JUST LIKE YOU REMEMBER IT from out of the box. I may even throw in the games I still have. Let's see... Warlords. Joust. Space Invaders!

OK, those must be thrown into the "best game(s) I've ever played" category.