AMCs new series Turn gets a 9.5 out of 10 Desert Tortoises 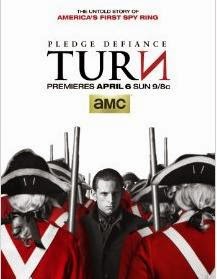 ...The storyline follows a farmer who just wants to grow his cabbages in peace, but the red-coated Bureau of Land Management Stormtroopers of his majesty's army have other ideas.

Desperately out-numbered and against all odds, these freedom loving patriots of childhood friends band together to form The Culper Ring, an unlikely group of spies who turn the tide in America's fight for independence.

It's early, and only two episodes in, but so far I give this new historical series a nine-and-a-half Desert Tortoises out of ten.