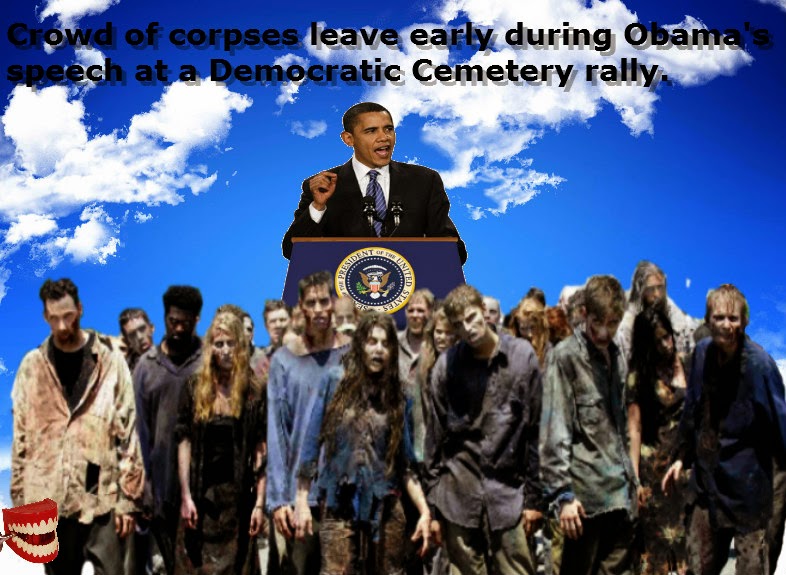 It all started when President Obama made a rare appearance on the campaign trail Sunday to support the Democratic candidate for governor in Maryland and the crowd couldn't find the exits fast enough, as a heckler shouted insults.

Things only got worse for the president and the democrat's midterm prospects when, later in the day, the corpses made an early exit from a local cemetery during a Democrat rally when Obama showed up.

This is an ominous sign. While Democrats have a history of not turning out to vote in midterm elections, they have always counted the dead vote 100% in their corner. However, if the president's sagging approval numbers are even making these corpses skittish, the upcoming election could be a massacre.
Posted by DaBlade at 7:00 AM