Did NFL Officials miss "The Second Muslim Pray-er" in the grassy knoll of the endzone?

Flag on Praying Muslim Player Was an Error, the N.F.L. Says

YOU'RE NOT KIDDING THEY ERRED! Slow motion instant replay reveals the officials originally missed another infraction for offsetting penalties. See if you can spot it! 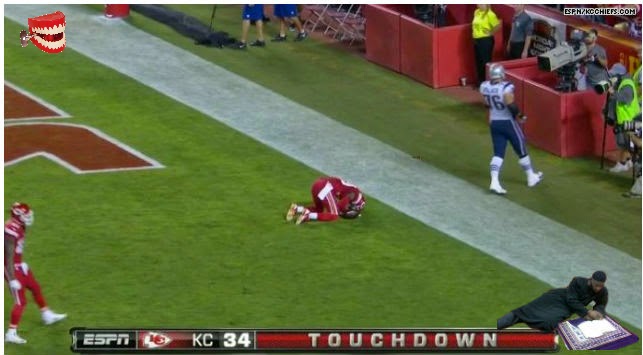 That's right! There was another shadowy Muslim player prayer in the grassy knoll of the endzone. Hey, isn't that Alton Nolen, the 30-year-old Islamic convert who beheaded a 54-year-old grandmother in an Oklahoma food plant where he was fired?


The PC NFL is under fire for the penalty call. When NFL commissioner Roger Goodell found out about this, and was reminded how muslims treat their woman, he immediately has called for Inflatable Mosques (& Bouncey Houses of worship) to be placed in all stadiums to give muslim players a quiet place to reflect and/or behead after scoring a touchdown. 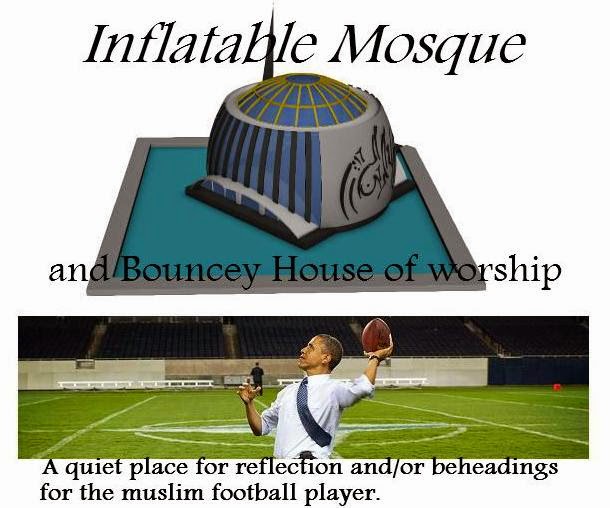