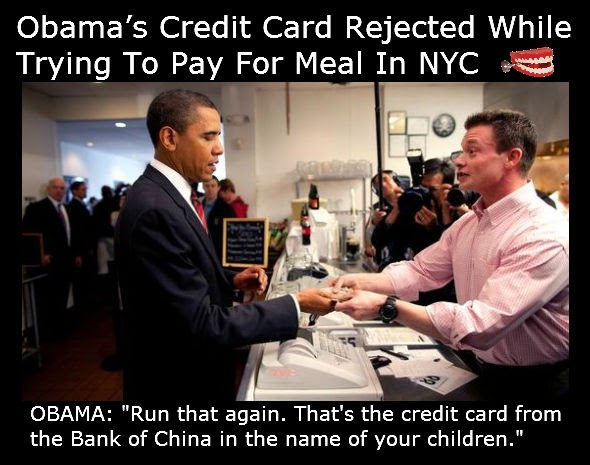 OBAMA: My credit card was declined at a restaurant in New York City last month. It turned out I guess I don't use that one made out to "Barry Hussein Soetoro" on it enough. They thought there was some fraud going on. Fortunately, Michael... errr... I mean Mooshell had a credit card on hand and paid for the meal. I guess that biooootch uses her card plenty.

"I was trying to explain to the waitress, you know, I really think that I've been paying my bills," Mr Obama said. "Even I'm affected by this."

The waitress was overheard later complaining about the cheap-a$$ed president's lack of a tip, stating he said "You didn't build that burger," as he sashayed out the door with his posse.
Posted by DaBlade at 11:08 AM