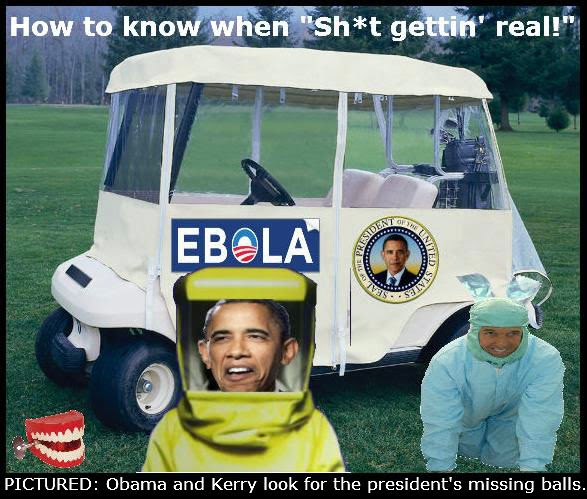 Obama played his 200th round of golf during his presidency yesterday. I don't know if he actually played in a full hazmat suit while driving in a climate-controlled golf cart. The picture (above) is just your blog host's rendition of this presidential milestone.

We are left to only speculate, because the White House had a last minute realization that having the press along for obama's golf round amid all the crisis would make for "bad optics", so a more sheeple-soothing photo op was arranged. Who said the president was disinterested?

Per Keith Koffler at the White House Dossier:

I think my favorite part of that story is, "The press was yanked out of the vans..." 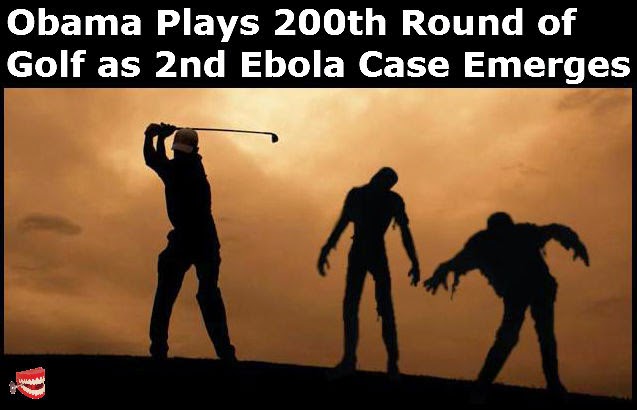 oh, and Yahoo news apologists? He slept through the Benghazi attack. I don't think lack of rest is what drives this turd. 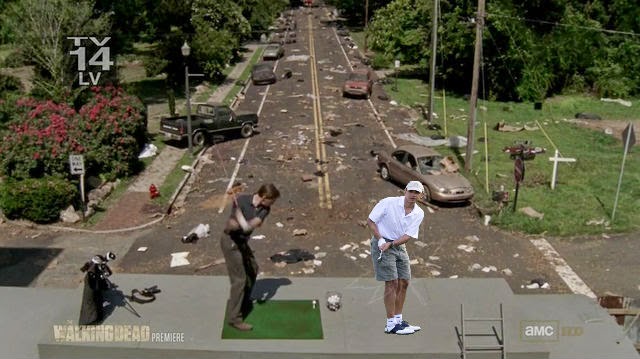 PICTURED: obama practices his putting stroke atop the bus while waiting for the man with the eye patch to finish driving.
Posted by DaBlade at 7:25 AM