My favorite moments from last night's GOP Debate from the Peace Center in Greenville, South Carolina

PICTURED: Donald Trump puts on his best face yet! 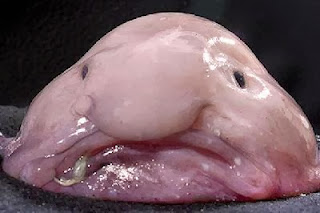 Seriously, who can still support this jacka@@??

and now to the debate, already in progress...

TED CRUZ: “Marco went on Univision, in Spanish, and said he would not rescind President Obama’s executive order on amnesty.”

MARCO RUBIO: “I don’t know how he knows what I said on Univision because he doesn’t speak Spanish,” Rubio said.

Cruz turns and looks at Rubio to address this false charge that he doesn't speak Spanish by ANSWERING IN Spanish...

Now I'm guessing most of the viewers at home watching this, had no idea what Cruz had said. I even had two years of Spanish in High School, but all that means is that I was pretty sure Cruz didn't ask where the baño was.

The other reason most missed Cruz's Spanish retort is because Rubio continued talking over Cruz, like slick politicians (or a@@hole billionaire real estate moguls) are apt to do. Rubio believes it politically expedient to  continuously lie by falsely accusing Cruz of lying. He's just a Trump mini-me in those regards.

EXCLUSIVE!  Chattering Teeth News technicians have now translated the exchange by isolating Cruz's Spanish with an audio transmorgificator. Here is what Cruz said to Marco in Spanish:

BOOM! GAME - SET - MATCH! Rubio’s “memorized 25-second speech” stated back to him in Spanish almost caused him to short-circuit.

MARCO RUBIO: Of course, Cruz then continued debating in his native Canadian gutter-speak!

Shut up, Marco. You didn't completely embarrass yourself in this debate. I loved how you exposed Trump's ignorance with foreign policy during this exchange:
MODERATOR: "...What three questions (on Day 1) do you ask your national security experts about the world?

TRUMP: "What we wanna do, when we wanna do it, and how hard do we wanna hit. Because we are going to have to hit very, very hard to knock out ISIS."

Go read his entire response here (if you have the stomach for it), but it was just more Trump-speak of incomplete nonsensical sentences and sound bytes demonstrating to any thinking and rational person that he has no idea what the "Trump" he is rambling on about.

MODERATOR: Senator Rubio. Are those the questions you would ask?

To Rubio's credit, he did not answer by asking, "What did this moron even say?" Instead, he delivered a very intelligent, and coherent answer.

When juxtaposed after Trump's buffoonery, it was a mic-drop moment.