HGTV to cancel Fixer Upper and Replace it with Rainbow Upper?

Chattering Teeth News - HGTV has announced the cancellation of their hit TV series "Fixer Upper" since learning the show's stars, Chip and Joanna Gaines, having been outed for attending a church where the pastor allegedly holds biblical christian views and values.

Each episode is jam-packed with Ellen dancing like a white rhythm-neutral teenage boy in his parent's basement, to George spouting the complete and utter nonsense you've come to expect.

Are YOU ready to see your Rainbow Upper!? 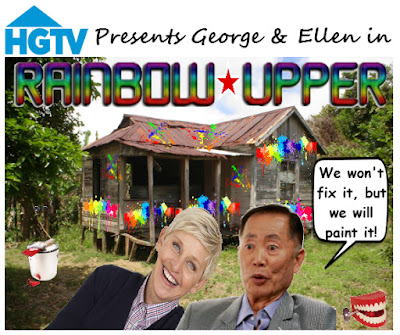