Did you here about the two dudes from Denver who showed a home movie to reporters the other day that was supposed to be of a visiting space alien playing peek-a-boo outside their window? It's not clear from reports if the two gentleman sport fake Spock ears and greeted the reporters with a "na-noo na-noo". Jeff Peckman did tell reporters that "aliens visit his friend Stan Romanke all the time." Apparently, Stan has been content with simply drawing the aliens he sees and posting them to his web site.

In no way am I saying that these
links
are of
these
drawings
(but the truth is out there). 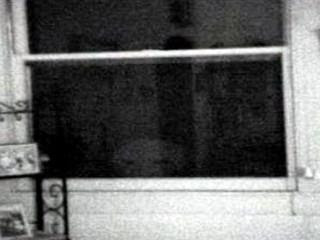 Then Stan decided to take movies of his star visitor. While they wouldn't release this video to the media, they did release this "still". Personally, I don't see the thing in this picture, but then again, I don't have access to Stan's herb garden. The video didn't settle the argument over whether or not the video was of a real live alien, or a low budget cheesy puppet show fake. I am a little suspicious based on the amount of advance publicity this little creature feature received. I'm sure it's coincidental that Stan says the creature comes and goes on a Segway. Why not release the video you ask? Jeff and Stan have "a deal with a documentary company for the rights to the video".

In the name of science, I did an experiment to see if I could capture one of these aliens on video. I left a Snickers bar on the window sill of my Davison home and waited. What I am about to show you may be shocking. My video still frame shows much more detail than the one from those yahoos in Denver. And unlike them, my motives are pure. I am not doing this for personal gain. I do this as a favor to mankind. Brace yourselves... 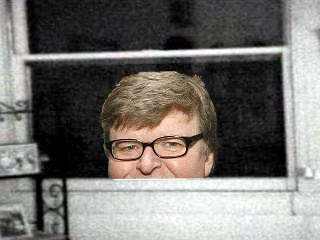