THE PERFECT GIFT for that pro-choice lib on your list!

This Christmas holiday season (or "winter solstice" if you prefer), get that pro-choice "someone special" the perfect gift. Don't wait until the last minute, only to order a really lame gift like "naming a star after someone" over the internet because you ran out of time. Get your liberal "significant other" something they will cherish for the rest of their lives -

HAVE AN ABORTION NAMED AFTER THEM!!

It may not seem like it, but there is a finite number of stars in the universe. However, thanks to the election of Barack Obama, the "sky is the limit" for the number of future abortions available for you to name and give to your loved one. We here at the International Abortion Registry know how important it is in choosing just the right aborted and unwanted tissue mass for that special liberal feminist somebody in your life. We have an infinite quantity and variety of abortions for you to choose from. Pick from an assortment of races in either gender, or collect them all.

But that's not all! We have abortions available at any stage - from embryos all the way up to fully grown partial-birth abortions! Our Customer Service Infanticide Operators are standing by ready to take your call. Don't disappoint your soul mate with the usual necktie (or shrunken head?), put an abortion from the International Abortion Registry under the Wiccan tree for them this year! 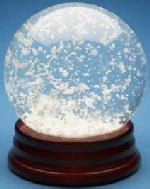 * Your very own commemorative snow globe filled with abortion debris from the International Abortion Registry, complete with a brass nameplate in base engraved in honor of your lover's name.

Get the perfect gift for your domestic partner and celebrate the 35 years of legal carnage under Roe V. Wade!

"Last year, I thought it would be cool to name a star after my Janie. It cost me forty bucks and all she got was this bogus certificate that stated she was officially named in the Universal Star Catalog, whatever the f(blog edit) that is! Man, I didn't get any for a month after that! But then I had an abortion named after Janie on her birthday and she was sent a snow globe filled with bits of aborted flotsam! Now she is all over me 24/7! Thanks International Abortion Registry!"
Bob from Phoenix

"Yeah, I did the star naming thingy too, and boy what a mistake that was! So Alice opens her present and removes the certificate with her "star coordinates" on them and busts out crying. Hey Star Registry, we ain't got no Hubble telescope in the backyard. Even if we did, I ain't no Captain Kirk! I can't wait 'til she opens the snow globed abortion I got her this year. I think there is a little toe in there. Thanks International Abortion Registry!"
Ellen from San Francisco

No friends to buy for? Treat yourself - you deserve it. The jetsam-filled snow globe on the mantle or coffee table will be the perfect conversation piece when the neighbors pop in unexpectedly. A couple of quick shakes of the globe is all it takes to set the human debris in motion.

Call now and the first fifty callers will get a bonus set of Japanese Ginsu knives. How about that for you do-it-yourselfers?

So what are you waiting for? Call now.
Posted by DaBlade at 7:27 AM