VP Biden recently told reporters that “The president is going to act,” threatening executive orders to further the firearms-confiscation plans and repealing of the Second Amendment. 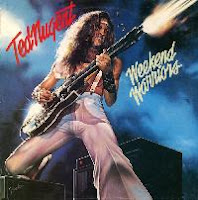 Ted has once again created quite a firestorm of controversy among the leftist sheeple in the liberal blogosphere with this quote. If there is anyone more hated among the left than Rush Limbaugh, it's Ted Nugent - specifically because both are so effective in discrediting them. And no one is more adored for civil rights advancement than Rosa Parks.

It seems to me that Nugent is carefully measuring his comments on this topic for obvious reasons. Maybe this has to do with a comment he made last April about the election that prompted a visit from the secret service when he said, "We need to ride into that battlefield and chop their heads off in November."

While this comment unquestionably uses very graphic imagery, it certainly did not deserve a visit from the men in black suits and dark sun glasses with their strong-arm intimidation tactics. 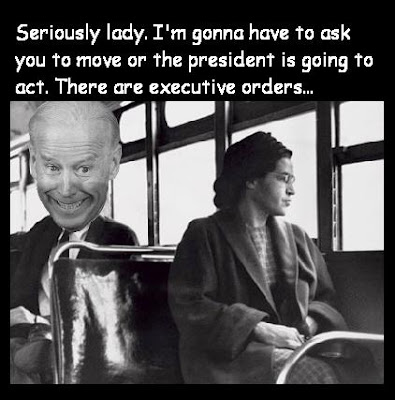 Now as to this comparison to Rosa Parks, I think it's important to state the obvious. Yes, Rosa Parks used peaceful civil disobedience to protect rights guaranteed under the 14th Amendment. She was successful in advancing the cause of freedom with this tactic because of her courage, and because it was 1955. In other words, the time was ripe for a champion to step up along the lines of Miss Parks.

Had Rosa been born 100 years earlier, she would likely have been a slave and her act of defiance would not have been quite so successful. The difference between 1855 and 1955 is that there was a civil war in between to advance the cause of freedom. 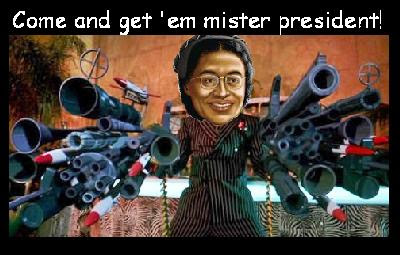