That part is true. What may be a fig newton of my machinations is the rest of this blog story. 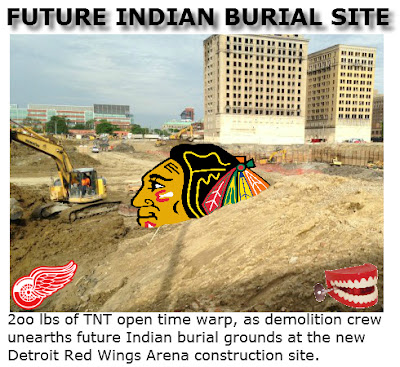 DETROIT - Bill & Ted's Excellent Demolition company brought down some old and abandoned 13-story building with 200lbs of TNT this morning and inadvertently opened a temporary time warp portal in the smoldering hole in the ground. Tired of being just a pair of boring old mortar forkers at the construction company, our heroes leaped through the time portal in search for adventure.

Witnesses nearby (homeless crack heads who were staying at the abandoned hotel) insist that Bill & Ted disappeared into the portal and were only gone for mere moments. The boys reappeared wearing Red Wing jerseys, eating Little Caesar's pizza and carrying the Stanley Cup.

Ted: Dude, are you sure we should be doing this?

Bill: Ted, you and I have witnessed many things, but nothing as bodacious as what just happened. 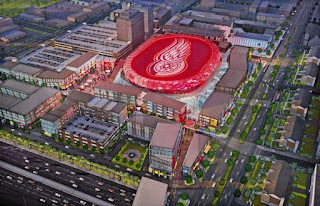