Except for a few stragglers, the crowds have dispersed. The cleanup crew is left with quite the mess. There is the typical mess you would find with any large crowd like discarded bottles, cans, and assorted trash. However, when this many democrats get together, you just know the cleanup will be a little tricky. There are mounds of condoms here, a shovel full of an aborted fetus over there. It is also apparent that ex-astronaut Lisa Marie Nowak was not the only adult wearing diapers on this solemn day. Ewwww! Is that a pile of used StadiumPals?

I'll tell you what. That Barney Frank knows how to throw a party in his basement. 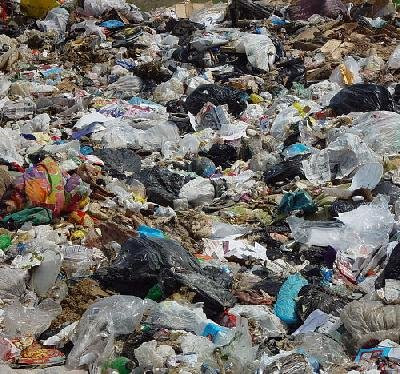 And then there was the mess created by the 2 million Mallers attending the Inauguration of The-messiah-in-chief. The President messiah of the United States. The MOTUS! The MOTUS with the MOSTESS!

As promised, I didn't watch any televison yesterday (except for the Fox supernatural series,FRINGE), but I did listen to a little of Rush during lunch and he was covering the inauguration. I couldn't stop LAUGHING when I heard that Roberts and Obama flubbed the Oaf of Office!

ROBERTS: I, Osama Bin Lade.. eh I, Osama Obama. Alabama Osamba. Bric-a-brac arama. Sounds like Candleabra. Not Bin Laden. What is his name?
OBAMA: "I, Barack Hussein Obama, (pause) aaand do solemnly swear... (pause) thaaaaaat..."
ROBERTS: Blah blah blah. Something here about "faithfully", Suuure! As if! Faithfully. That's a Journey song ain't it? *Roberts starts to sing* "Highway run - Into the midnight sun - Wheels go round and round...". Sorry about that. Where were we? Oh yeah. Faithfully execute... yada yada yada. That you'll pretty much ignore the Constitution of The United States?
OBAMA: True Dat.

Constitutional scholars state the flub is insignificant. "An honest mistake".

I also found this a little peculiar...

Rev Joseph Lowery gives the benediction:
JOSEPH E. LOWERY: And in the joy of a new beginning we ask you to help us work for that day when black will not be asked to give back, when brown can stick around, when yellow will be mellow, when the red man can get ahead man, and when white will embrace what is right.

What is this? Dr. ML Seuss?

Rev Joseph Lowery continues the benediction:
Let there come a day when green eggs and ham will be consumed in peace with purple jam said Sam I am. Spread on brown wheat toast that will not boast. Unlike the white bread, for it will make you dead. It is made from the poisons of white flour. Bush tortured prisoners like Jack Bauer! Let all those who hear my racist prayer say amen.

And then there was the "na na na na" chant of "good bye" by tolerant and inclusive MOTUS! worshippers toward
President George W. Bush. Bad form indeed.
Posted by DaBlade at 6:54 AM