Multicultural Courtrooms and the declaration of war against common sense

OK, the actual headline that caught my eye this morning states, "Woman to sue judge over removal of Islamic head scarf". I must suffer from just a touch of dyslexia, as my mind scrambled this headline to read, "Islamic Woman who Removed judges head over scarf to sue (Eric Holder to prosecute the judge's severed head)".

Then I read it correctly and admonished myself for the error, thinking, "C'mon DaBlade, not every Muslim carries a large Scimitar under their robes, ready to wield it when insulted. Some like to symbolically dismember this country's institutions through its own legal system (right Eric?). Anywho, here it is...

Southfield -- An Islamic group said it will file a federal lawsuit today against a Wayne County judge who ordered a Muslim woman to remove her head scarf.

But a spokesman for Wayne Circuit Judge J. William Callahan said the judge never would have asked Raneen Albaghdady to remove her scarf if she told him it had religious significance.

"No hats allowed in the courtroom," Callahan is heard telling Albaghdady...

Barney Frank: "It is a tribute to the First Amendment that this kind of vile, contemptible nonsense is so freely propagated."

Of course, ol' Barney was talking about something else entirely at the time. If I remember correctly, I think he was waxing nostalgic about the good old days when he ran a male prostitution ring in his basement.

"This is a lady whose face was fully visible," Canton Township attorney Nabih Ayad said of Albaghdady. "There was no reason to tell her to remove her scarf."

A "visible face". Really? Is this the only criteria an American courtroom should take into consideration? We should change all of our rules to accomodate and suit your clients needs? 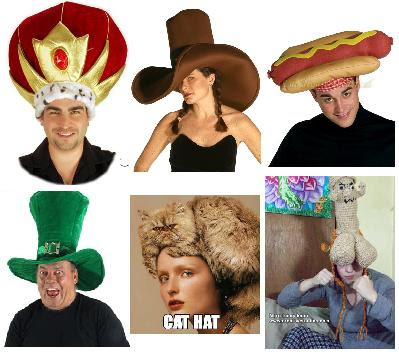 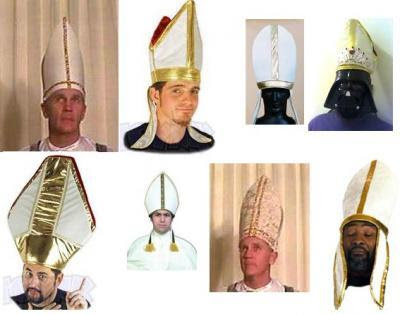 Leave your agenda at the door. I say you should have to roll up your prayer rug and remove any head gear or skull accoutrements of any kind before entering a courtroom in this country. By the way, I don't see anywhere in this piece exactly what this lady was charged with. Maybe its not pertinent to the story, but I am curious.

One thing we should all be able to agree on is that sometimes even Men Without Hats should be prosecuted to the fullest extent of the law.