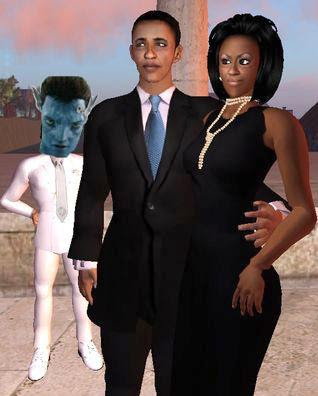 The most ambitious 3D film ever released, with its $7.108 trillion $9 trillion budget! It will blow you (and your valuables) away! The technological leap involves the use of windmill powered stereoscopic cameras with large rose tinted lenses. Cinema-goers will need to pick up a pair of polarising glasses (with the red side cut out), but unlike all prior 3D movies, viewers should also drink the Kool Aid offered to avoid headaches and nausea.

So what is the storyline?
It focuses on Barack Hussein Obama, a former community organizer who is confined to a teleprompter on Earth. He is selected to take part in the Democrat Hopeandchange Avatar program - where his mind will control the young and old and the otherwise uneducated populace to vote him in as president. Obama considers these humanoid beings to be primitive, but when he starts to savagely claim the private sector as his own, he realizes what a grave misjudgment he has made. 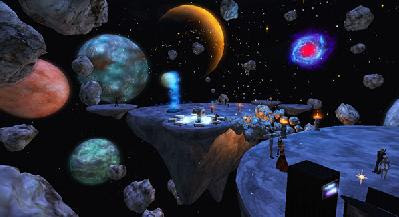 H/T to James Cameron's AVATAR
Posted by DaBlade at 7:43 AM