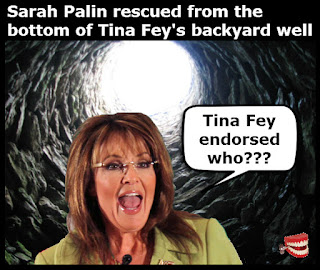 Well, it would explain this.

"I can see Trump Towers from my house!"

Sarah, you had me fooled. I had believed you to be a principled conservative.

It would be one thing to settle for Trump ("someone who's held progressive views all their life on the sanctity of life, on marriage, on partial-birth abortion...") over Hillary. But there is an actual true-believing conservative still in the race by the name of Ted Cruz, a man Trump has been attacking from the left. The latest Trump criticism of Ted is for his battle with the lying progressive establishment republican, Mitch McConnell.

And the really sad part of this for you, Sarah, is that your endorsement no longer holds any weight with the conservative base.
Posted by DaBlade at 7:57 AM