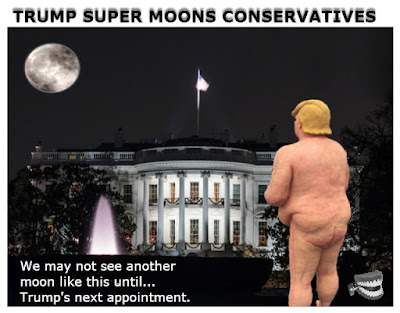 And here I wanted to celebrate El Nino El Diablobama Day, and only 66 Days left of the Obama reign of terror.

Everyone remembers exactly where they were and what they were doing on March 26, 2015 when we celebrated the first and only El Diablobama Day - as we looked down the road and 666 days into the future with quiet anticipation for the day obama would be evicted from the White House. Emancipation from Barack day seemed like so far away then. 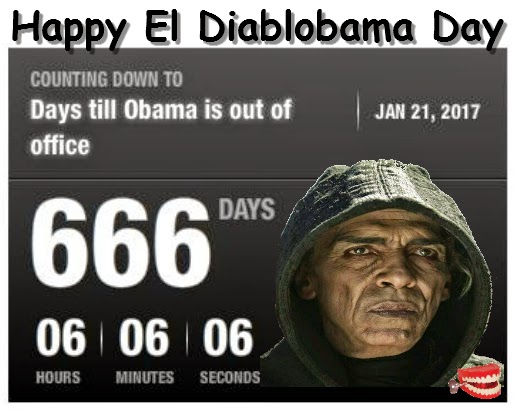 As of today, there are only 66 days remaining to suffer obama (just one number short of the mark of the beast). Therefore, I invoke another official Chattering Teeth Blog holiday called, El Nino El Diablobama Day.

'Course, Trump has managed to take the shine off the celebration.
Posted by DaBlade at 7:31 AM