Inauguration Day and a Peaceful Transfer of Power

Chattering Teeth News - On the day when Donald Trump is to be sworn in as the 45th POTUS, chaos broke out at Disney World's Liberty Square when the Barack Obama animatronic declared martial law in the Hall of Presidents attraction. Authorities believe this 'nuts and bolt-less' coup was an inside job and that the obamabot had help - as a large rat with white gloves, a buck-toothed hound and a pants-less duck in a sailor's coat (believed to be an ex-college roomie of obama's) were spotted fleeing the scene. 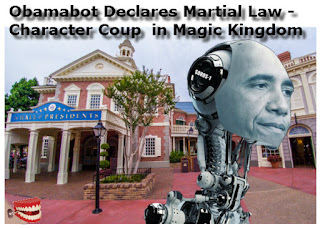 When word had spread through the park that the obamabot planned to extend his 8-year term, Frontierland temporarily seceded from the Kingdom. When the Country Bears who led this resistance later learned that obamabot's character coup had failed and order was restored, the bears went back to pickin' their banjos and resuming their jamboree.

Park authorities, now under the direction of the Washingtonbot, the Lincolnbot and the Reaganbot, have put out an all-points bulletin to be on the lookout for the dastardly obamabot. So far, he has eluded capture.

The obamabot has disappeared,  virtually melting into his surroundings like a chameleon. Where could he be? 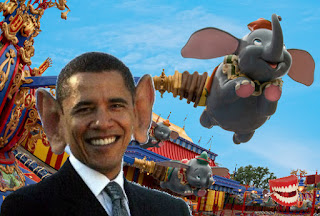 When the Washingtonbot, the Lincolnbot and the Reaganbot were asked what they planned to do with the obamabot once he was found - they all promised he would be subjected to a well-deserved and "peaceful transfer of power". 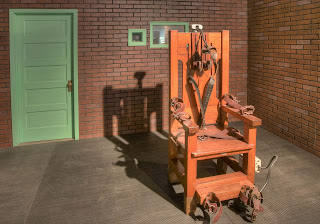