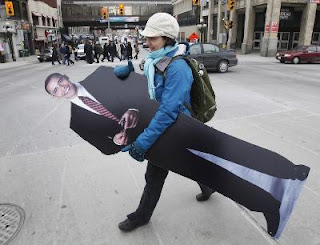 Yes. we've found that the actual obama folds at the waist rather easily in a full treasonous bow when in the presence of third-world dictators and despots.

How times have changed. I remember back when the cardboard cutout of obama lead in the Chattering Teeth polls.


BTW, guess who else loves his life size obama cardboard cutout? That's right! The narcissist-in-chief himself! 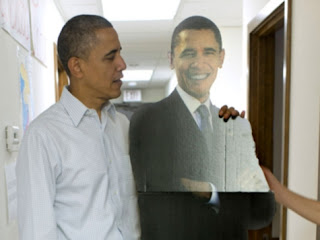 I only wish this cardboard cutout was more forthcoming on how it spent those lost 13 hours during the Benghazi attacks. Was he 'napping' too?

Enuff snarkasm. Back to the bimbo with the corrugated cardboard crony:


How'd that hopey changey treat ya, lady? As for being "raised by a single mother," I say God Bless her - but obama would have had her just kill you in the womb.


...Or throw him in the recycling bin, I imagine. Well, my friends, our version of BOXING DAY is almost here. If box cutters could be responsible for taking down the towers, they certainly can handle this cardboard obamanation.

And that's the memo.

IN OTHER NEWS - Finally, after several years of outcry regarding this long-running show that has left a bloody trail of victims, his time is coming to an end. The reign of this  half black, half white killer with the funny name is almost over.

Sale of Shamu's Cardboard Stand-Up for $34.99 are expected to be brisk. Get yours now for the short time he is still performing. 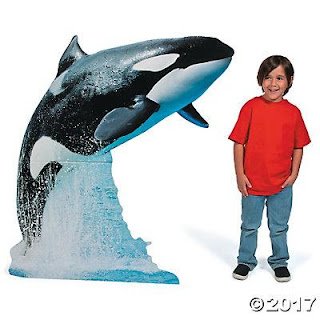