Madeleine Albright 'ready to register as Muslim' over refugee suspension

"I was raised Catholic, became Episcopalian and found out later my family was Jewish. I stand ready to register as Muslim in #solidarity."

"So in a nutshell, I have no idea what I believe. Or where I am, for that matter..." 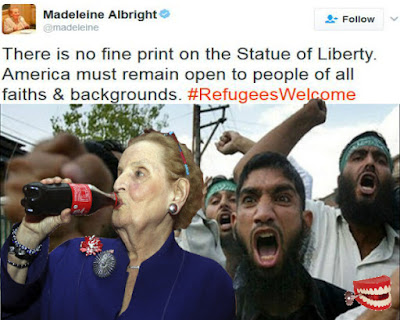 The Hill reported that she is following in feminist icon Gloria Steinem’s vow to become Muslim if there is ever a registry.

Pleeeease! Someone start this registry.

Remember when Albright Declared there was 'A Special Place in Hell' for Women Who Don't Vote Clinton? Wasn't that great? 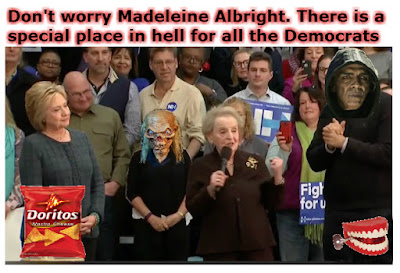