The Year 1AD of the new Trumpian Calendar

It was the first day of the new year 1 AD ("After Donald") and there was a lot to rebuild after the pillage and destruction from the previous 8 years from 8BC through 1BC ("Barack's Change").

The new president inherits a country severely divided. The media has been complicit in the continued indoctrination of these masses, taking up where the state schools and institutions of higher 'learning' have left off.

Half the population is so confused they aren't even sure which bathroom they are supposed to use. They have spent the last several decades trying to normalize and streamline mental illness. They worship the environment, and the mutilated and dismembered corpses of their offspring are their sacrament.

And Barack Obama was their ultimate Caesar. He spent 8 years in his Colosseum of Change, giving a thumbs up to cop killers and Black Lives Matter, anti-Semites, moozlim clerics, 3rd world dictators, the LGBTQ and sometimes Y community, Eco terrorist, illegal aliens, dead babies, low esteem #Bernie snowflakes and the rest of the statist America-haters; while giving a thumbs down to God, guns and our constitution.

And then there's moi' and the rest of us.

And when I have been subjected to 8 years of tyranny from the obama statist machine, I want CHANGE BACK.

"Hey obama, now that you're out of work, be a doll and go get me a coke, some coins for the meter... and wash my shorts."

Lincoln once famously said that a house divided against itself cannot stand. Well if that's the case, I say, "All democrats meet out on the back deck immediately for participation trophies and free stuff!" 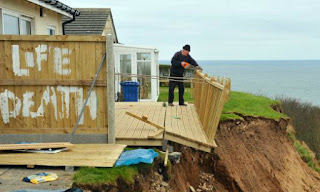