Highlights (and lowlights) from the Kavanaugh hearing (so far)

On Monday, the "Parkland dad" had tweeted that he planned to attend the hearings and hoped "to play a role in ensuring that this man does not become the next Supreme Court Justice."  So as promised, he tried to set Brett up with his pseudo handshake while the cameras rolled... but was it appropriate for Kavanaugh to draw his M&P Shield? 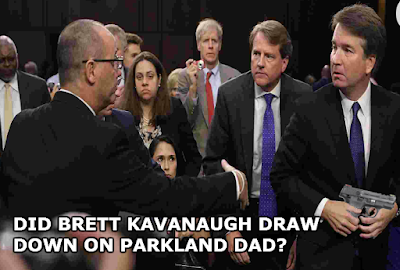 Additional promises kept - The democrats had orchestrated and carefully planned the all-day series of protesters, malcontents, miscreants and endless parade of human debris... and THAT was just the democrat senators and not even counting these yahoos. 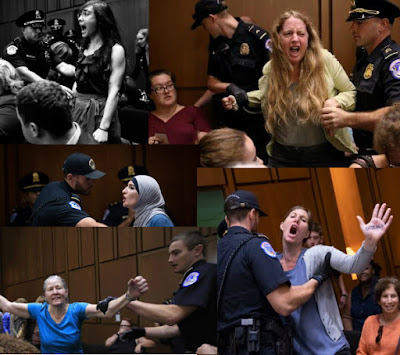 Here is all I was able to hear from them during their snowflake disruptions...

Finally these democrats are making more sense than the presidential hopefuls center stage. There was, however, this unexpected surprise! 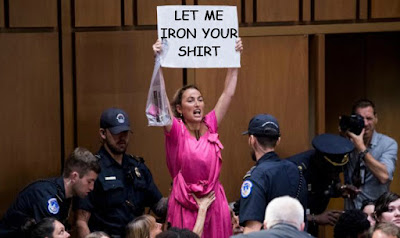 Check back later for further updates...
Posted by DaBlade at 7:55 AM