Was Brett Kavanaugh’s accuser a crack whore in High School?

For the record, Chattering Teeth News has no evidence that Christine Blasey Ford was or was not a crack whore in high school. However, the seriousness of this charge is enough for us to call for a halt to the calls for delaying the vote due to  this crack whore's Ms Blasey's subsequent allegations. How can the senate delay the Brett Kavanaugh's confirmation to the Supreme Court on the word of a crack whore?

I'm not saying she is, but confirmation of Kavanaugh should proceed without delay until depositions have been completed for all previous classmates, janitors and teachers in order to determine if there are any truth to the rumors that Christine was actually a male named 'Chris' before she allegedly had gender reassignment surgery and now keeps her old balls in a mayonaise jar as a macabre paper weight.

It is also pure speculation that she may have been a street-walking serial killer who tortured small kittens and puppies. For all we know, that's just pure internet fodder, but the American people have a right to know!

The very fact that we don't know the veracity of these bizarre rumors is enough for us to put a stop to any delay tactics until these allegations of pedophilia involving Joe Biden can be disproven beyond a shadow of doubt. 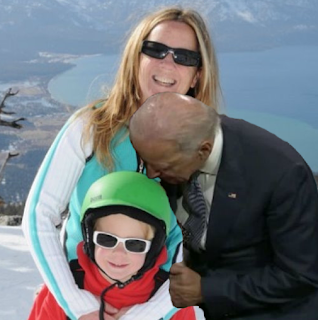 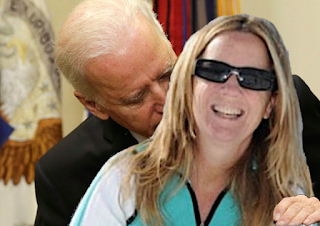 I just want to reiterate that we here at the spacious Chattering Teeth blog studios have no conclusive evidence of wrongdoing by Christine Blasey Ford, but the seriousness of the allegations compel us to demand a Brett Kavanaugh confirmation vote immediately while looking into vicious rumors that Hillary used to be her lesbian lover.
Posted by DaBlade at 7:24 AM