NO, NO, NO! I said we needed a "backhoe" for Dort Highway! 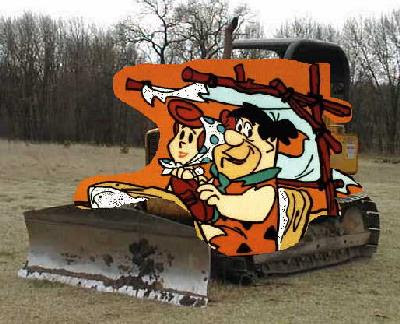 RUSH: What really sent Flint south was when GM shut down there and moved or left... whatever is the problem in Flint, Michigan, what have we done to try to save it? Every government program under the sun, and what's happened? We got boarded-up houses that now the leaders of the town say need to be bulldozed, forty percent of the town... Now, look, you got a local guy in Flint that's suggesting bulldozing it, who's getting the blame for this in the local Flint media, none other than I, El Rushbo.

Kildee: "I shouldn't be surprised but I'm disappointed with the cavalier treatment he is giving it. To me, that shows he doesn't take any issue seriously." How dare he represent my idea fairly and accurately. 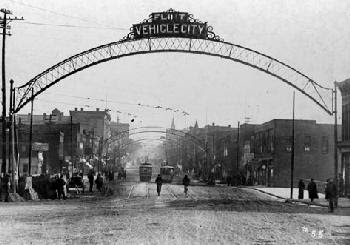 The arches across Saginaw Street in downtown Flint will need to be changed from the current "VEHICLE CITY" to "FECES CITY" when the planned biogas plant replaces GM as the areas largest employer. If 40% of the town gets bulldozed, we may need to import the necessary human waste for processing.

*thinking out loud* Maybe volunteers could donate raw materials and receive a small fee... A trip to the blood bank to trade 3 pints for a dollar. Then off to the Biogas Plant and trade 3 logs for a dollar. Final stop at Awads to trade the two bucks for a 40 ouncer.
Posted by DaBlade at 7:30 AM