A new study: The most menacing predator of the seas has something in common with the most terrifying human predator. 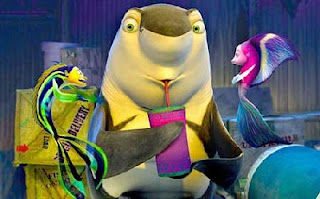 Now I have always enjoyed Discover magazine and have been a subscriber for the better part of the last twenty plus years (even though it has a decidedly leftist agenda and is free on the internet). I'm just not convinced this study was necessary.

1) The great white and the serial killer lurks in its favorite hunting spot waiting for the next victim.

Hmmmmm
OK, I see the comparison. I am going to save these fishheads gobs of research dollars by publishing my findings of my follow-up study titled:

1) Sharks rarely put on clown makeup and bury their seal victims under their porch reefs.

2) Sharks not known for dismembering their victims and preserving body parts in jars and stockpots for stew making.

3) Sharks have never been spotted in the wild abducting female sharks, only to hold them captive to fatten them up so the skin would make a nice girl-shark jumpsuit. (although unconfirmed, a French marine biologist claims to have witnessed a rarity in the wild - a gay Great White dancing around in front of a mirror with it's penis tucked between his legs while wearing a silk cape.)

This is arguably the only horror movie (though SOTL could easily fall into a number of other genres) to ever win an Academy Award for Best Picture. Only 2 other horror films were ever so much as nominated for best picture (The Exorcist (1973) and Jaws (1975)).

How about that for symmetry? A movie about a serial killer, one about a killer shark, and one about a "pea soup puking", demon-possessed little biotch (Perez Hilton may be tomorrow's topic).
Posted by DaBlade at 7:24 AM