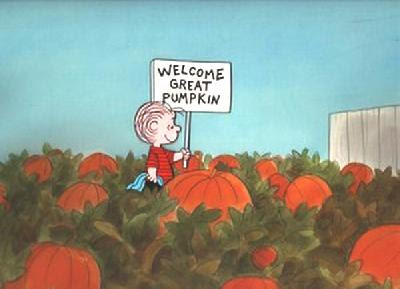 Linus: Each year, the Great Pumpkin rises out of the pumpkin patch that he thinks is the most sincere. He's gotta pick this one. He's got to. I don't see how a pumpkin patch can be more sincere than this one. You can look around and there's not a sign of hypocrisy. Nothing but sincerity as far as the eye can see.

HIL: "Yah, sure. I'm gonna let Bill fly in to Bangkok on his way to Phuket. Next question..."

Clinton's arrival in the far east coincided with a total eclipse of the sun. The consensus among climate scientists is that the two simultaneous events are strickly coincidental.
Posted by DaBlade at 7:19 AM