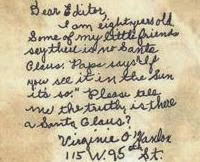 
VIRGINIA, your little friends are wrong and will not be coming back to your school. As for your Papa, he is currently being held for questioning by a team of my IRS auditors, so be a good girl after school tonight because Papa might seem a little different. He has been affected by the skepticism of a skeptical Fox News and the Tea Party. He does not automatically believe what I tell the mainstream media to report, rather he chooses to believe what he sees with his own lyin' eyes. He thinks that nothing like global warming can be which is not comprehensible by actual science. All minds besides mine, Virginia, whether they be Papa's or children's, are little compared to my awesometudiness. In this great universe of ours man is a mere insect, an ant, in his intellect, as compared with my boundless glory.

No, VIRGINIA, there is not a f*%$ing Santa Claus or a Second Amendment, unless by "right of the people to keep and bear arms" you mean my Department of Homeland Security agents for whom I'm buying another 704,390,250 rounds of ammunition over the next four years.

Yes we can, VIRGINIA, this is still America, but it is now me. I exists as certainly as my love for power and control disguised as generosity exist, and you know my eloquent rhetorical flourish eminating from my teleprompter gives your life its highest beauty and joy. Alas! how dreary would be the world if there were no Lord and President, Barrack Hussein Obama. It would be as dreary as if there were no VIRGINIAS. As if all the VIRGINIAS were secretly gathered up from their little beds in the dead of night and taken to a bad place for little girls who "do a lot of talking". Am I wrong Virginia?


Not believe in fundamentally transforming the United States of America?! You might as well not believe in fairies Barney Frank! You might get your papa to hire armed men to stand guard for me, but they will not see me coming down the chimney, so what would that prove? I have pledged to act unilaterally against the Second Amendment, “with or without Congress”, with my phone and with my pen. Tell your Papa and his militia friends that if I get hit, I will punch back twice as hard, Virginia. Did you ever see fairies dancing on the lawn? Of course not, but that's no proof that Michael Sam won't be selected in the first round of the NFL draft if I have anything to do with it. I know that is off topic, but thats how I roll. Am I wrong Virginia?

You may tear apart the baby's rattle and see what makes the noise inside, just stay the f*%k away from my teleprompter. Critics may argue that Hitler's reign started with free healthcare and gun grabbing which resulted in WWII and the Holocaust, but he didn't have to deal with the likes of Ted Nugent or Dinesh D’Souza either. Am I real? Ah, VIRGINIA, in all this world there is nothing else more real and abiding.

Am I wrong Virginia? 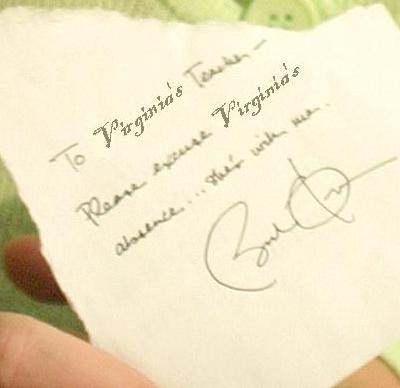