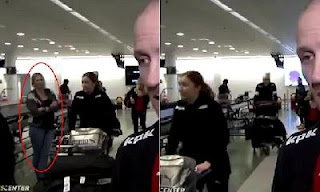 There have been numerous theories put forward regarding the what happened to the disappearing lady. Some say she is a ghost. Some blame alien abduction. Maybe a momentary black hole created by that particle accelerator at CERN punched through the fabric of space and time to swallow her?

I think her husband deserves an answer, don't you? I bet if he tried, he could get his room comped and a replacement bag sent up to his room. The airlines would do this for lost luggage, so...

Regardless of THE ANSWER, I will say that I think the wrong question is being asked. Instead of asking, "where did the woman go?," let's start asking...

What if the exact same set of circumstances that led to this woman's disappearance could be recreated? What if the same Norwegian TV reporter was interviewing the same Danish sports guy and the same woman with a suitcase-laden trolley was positioned in the background and looking over her shoulder as she walked past...??? 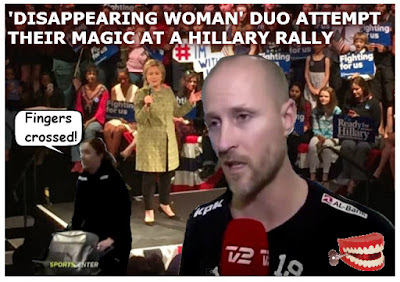